Blast From the Past: 1955 Chevrolet Belair Coupe

This episode of Jay Leno’s Garage features an oldie but goodie. Mr. Leno gets to test a 1955 Chevy Belair two-door Coupe with updated styling cues and way more power than the first generation. Chevy offered a V8 engine in these models (cranking out 162 hp or 180 hp with the Power Pack), paired with either a two-speed automatic or three-speed Synchro-Mesh manual. 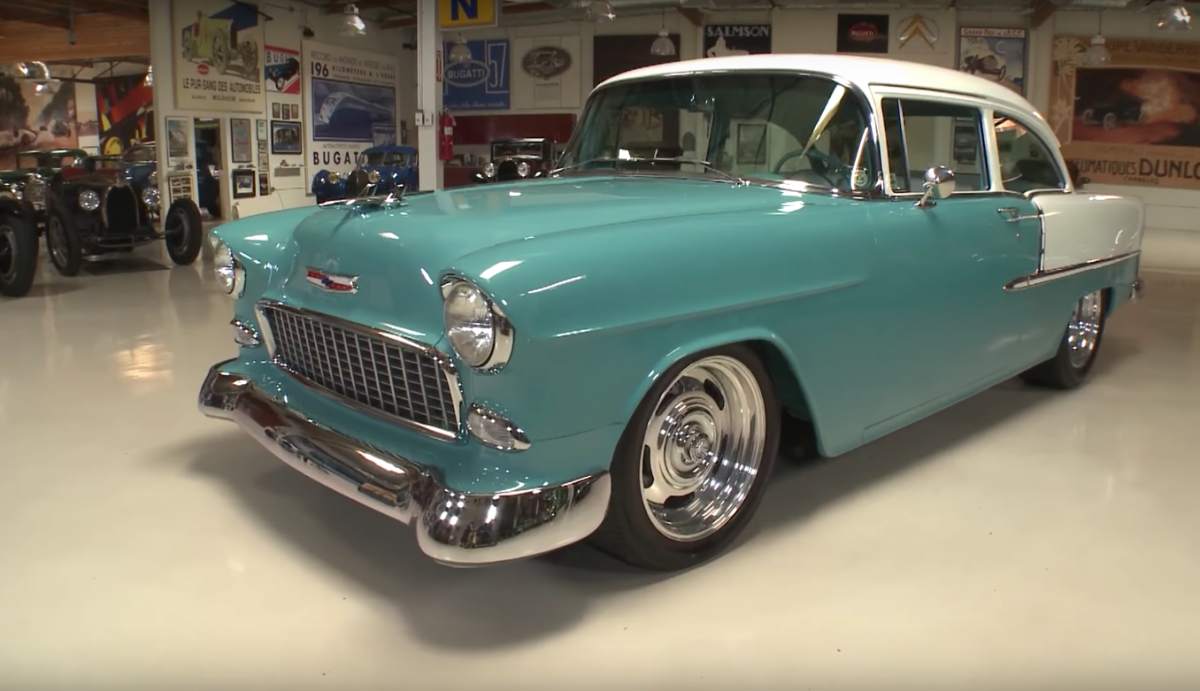 This particular Belair belongs to Gary Kollofski and packs an all-aluminum cu in HEMI-headed V12 engine made in Italy by BPM. That’s 12 liters, by the way. Check out the episode below for more.