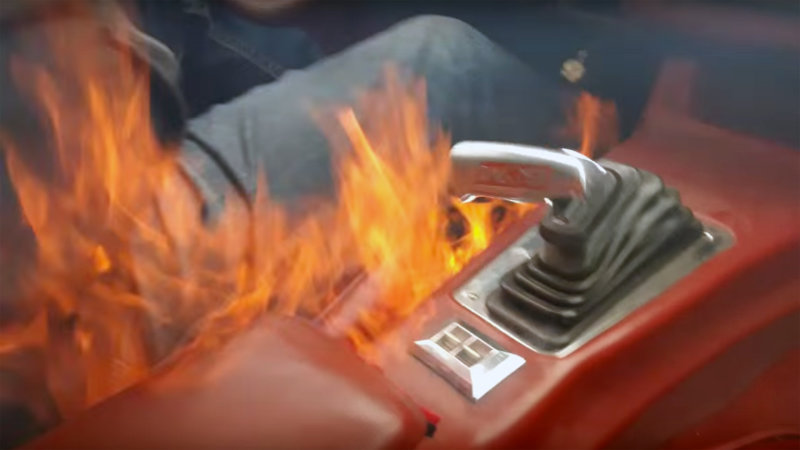 We’ve all been there (or daydreamed about it) – cruising down the open road in your beloved ride. A father and son were doing exactly what their 700 hp Camaro was modified for, until things went South and the pony car caught fire. The spectacle was all captured on video and thankfully the father and son are fine.

Let’s just chalk this one up to another restoration project.

Go With The Flow: 1934 Chrysler Airflow

You Could Win This Restored 1967 Pontiac GTO