Well, well, well, what do we have here. Looks to us like a good old fashioned drag race. Sure, the unusual egg shape of the Chevy Bolt isn’t the most attractive model we feature, but don’t judge, it’s a damn good car. The Fast Lane Car puts the Bolt up against the VW Golf GTI. The GTI has a 2.0-liter turbocharged four-cylinder that relays 210 horsepower to the front wheels, making it a standard in a line up of the world’s best hatches. Unfortunately for the Golf, the competition in this race has it completely beat.

We know that electric cars usually own drag races due to all the electric torque on tap from the start. The Bolt’s 200 horsepower and 266-lb ft of torque delivered to the front wheels seems to make the Bolt the easy winner off the bat. We don’t get to see what happens post take off, but we’d imagine the GTI would overtake the electric Chevy once the engine gets going. Check it out: 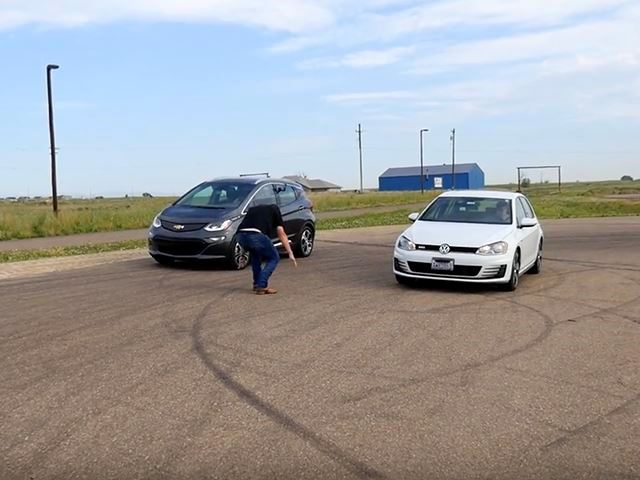 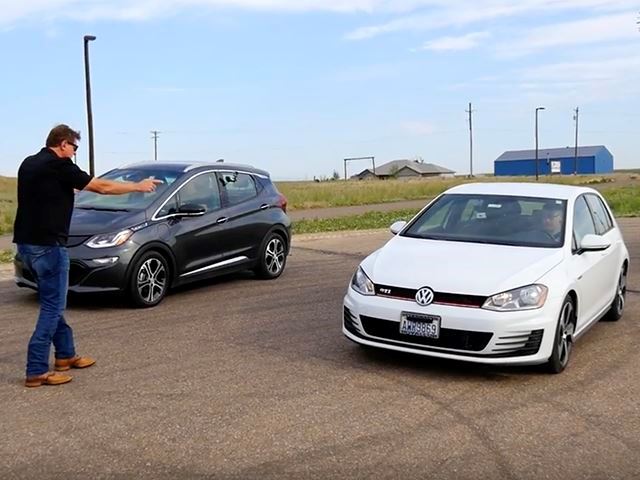 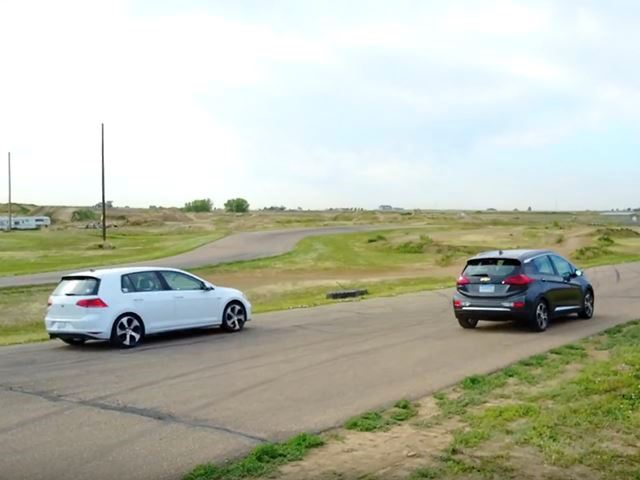 Take A Detailed Look At The Mustang Shelby GT500

Take A Sneak Peek At The C8 Corvette Convertible