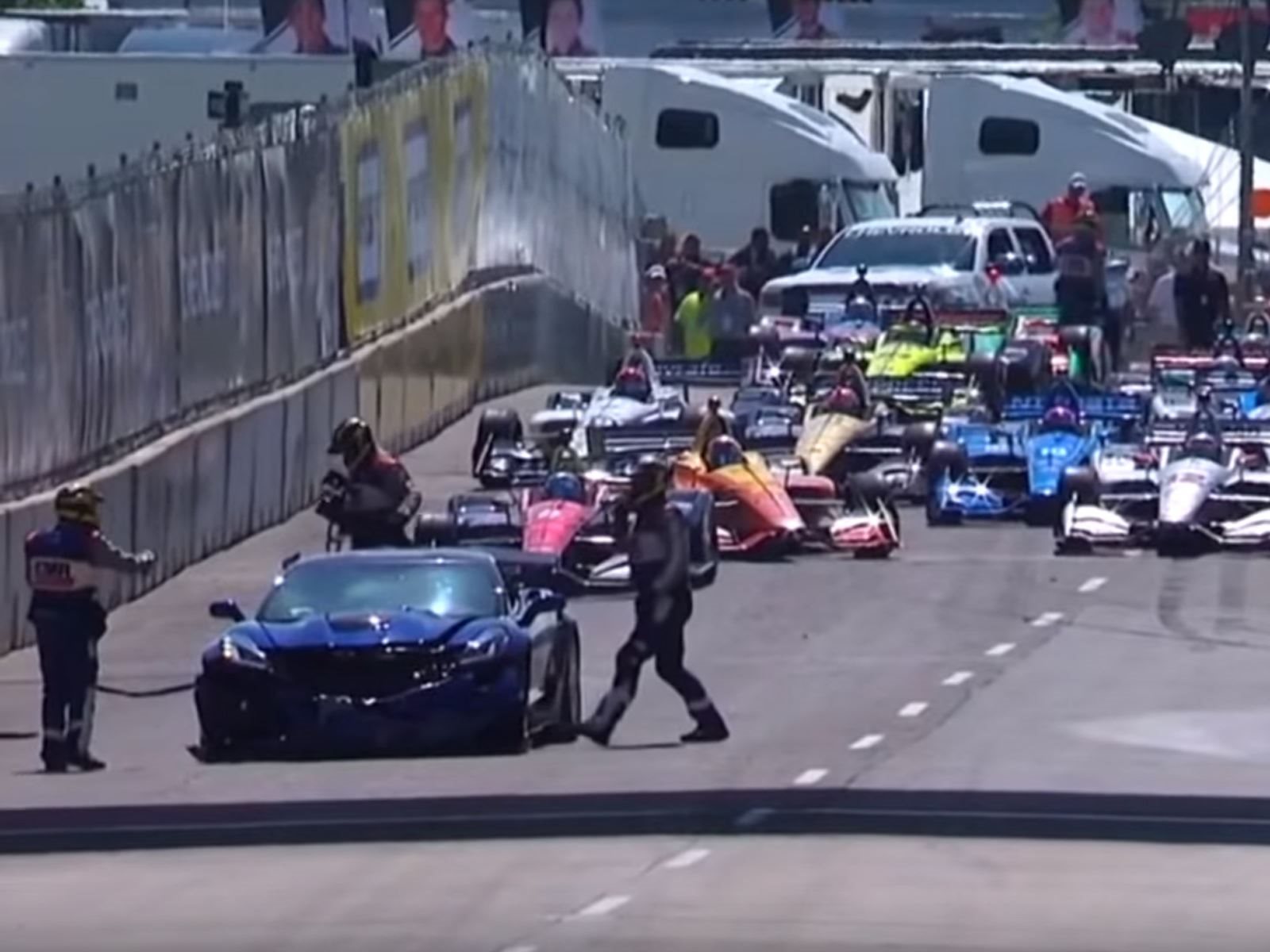 Yikes! You read that right. Executive Vice President of Global Product Development had a little bit of an accident the other day at the Detroit Grand Prix Indy car race. While behind the wheel of a 2019 Corvette ZR1, the GM exec lost control of the pace car and slammed into a wall. Not to worry, though, he and the passenger, IndyCar official Mark Sand, were unharmed from the crash.

A statement released by General Motors said that “both the pace car driver and the series official were taken to the infield care center, where they were checked, cleared and released,” “It is unfortunate that this incident happened. Many factors contributed, including weather and track conditions. The car’s safety systems performed as expected.” Our first impression of the damage is that the front end seems pretty bad, but we’re unsure if the car will be a total wash. What’s worse about the crash is that it was caught on live TV. Seriously though, no judgement. With that much power under the hood, a crash in a car like the ZR1 can happen more easily than you’d think. See it for yourself, right here. 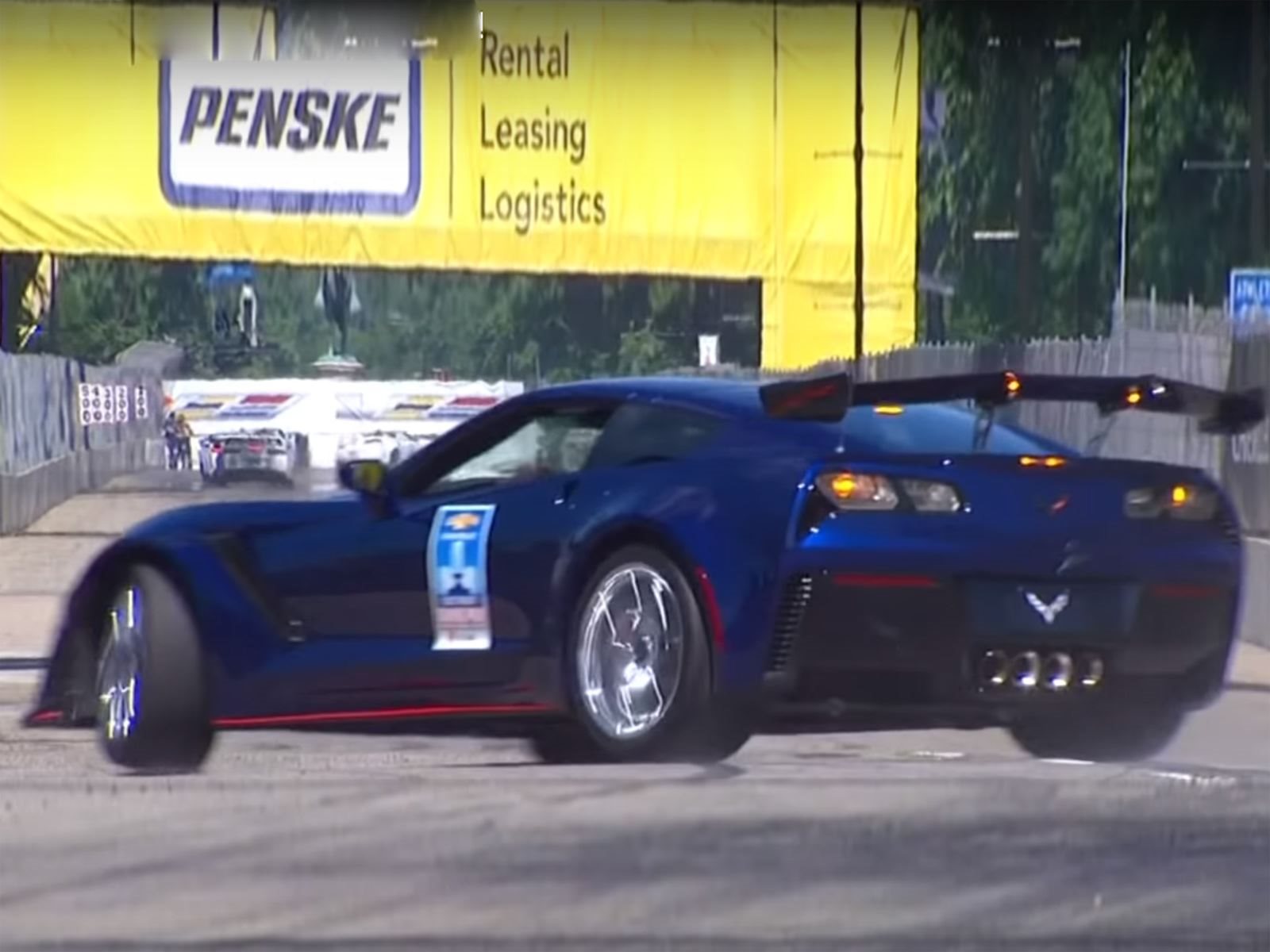 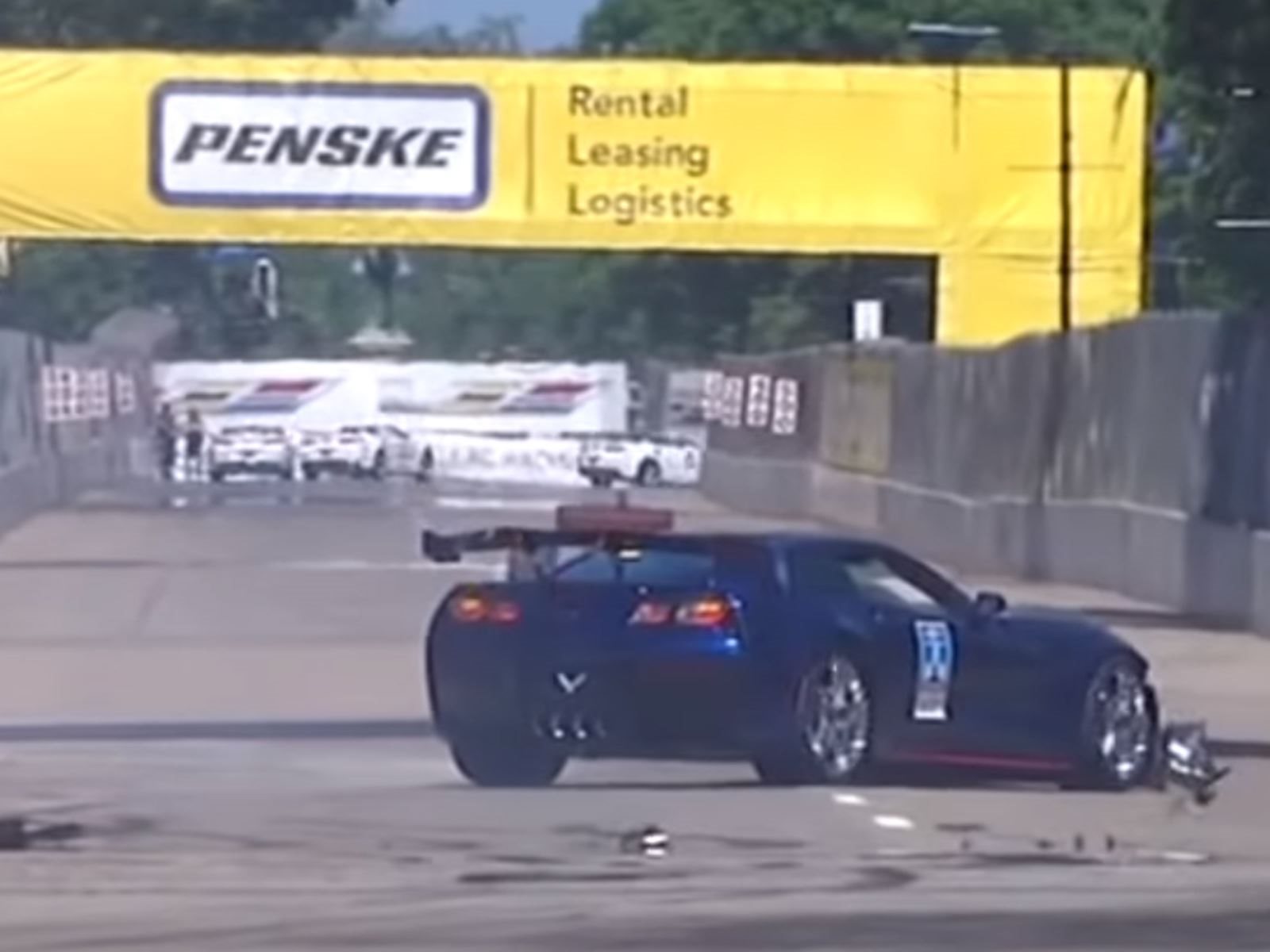 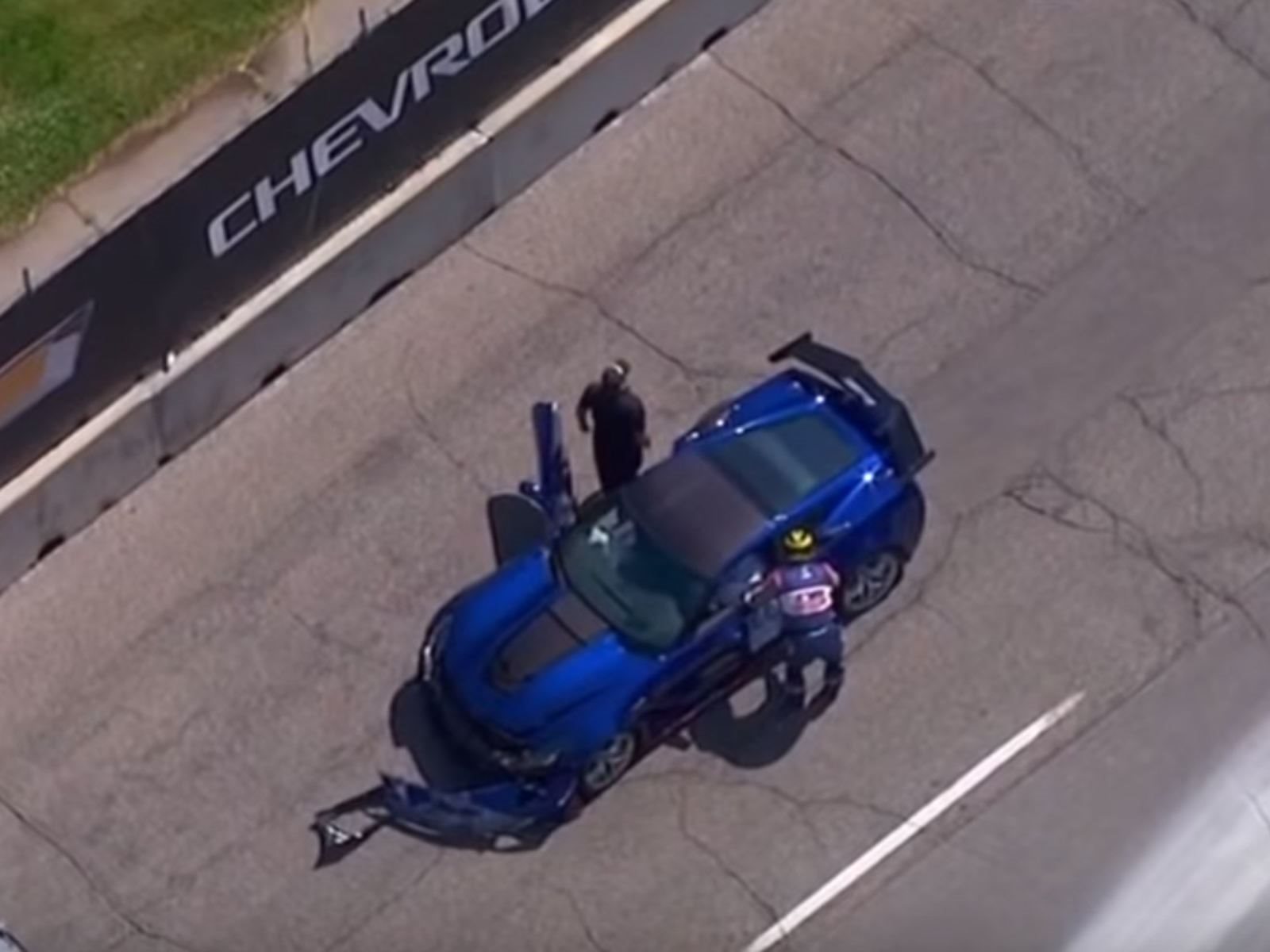 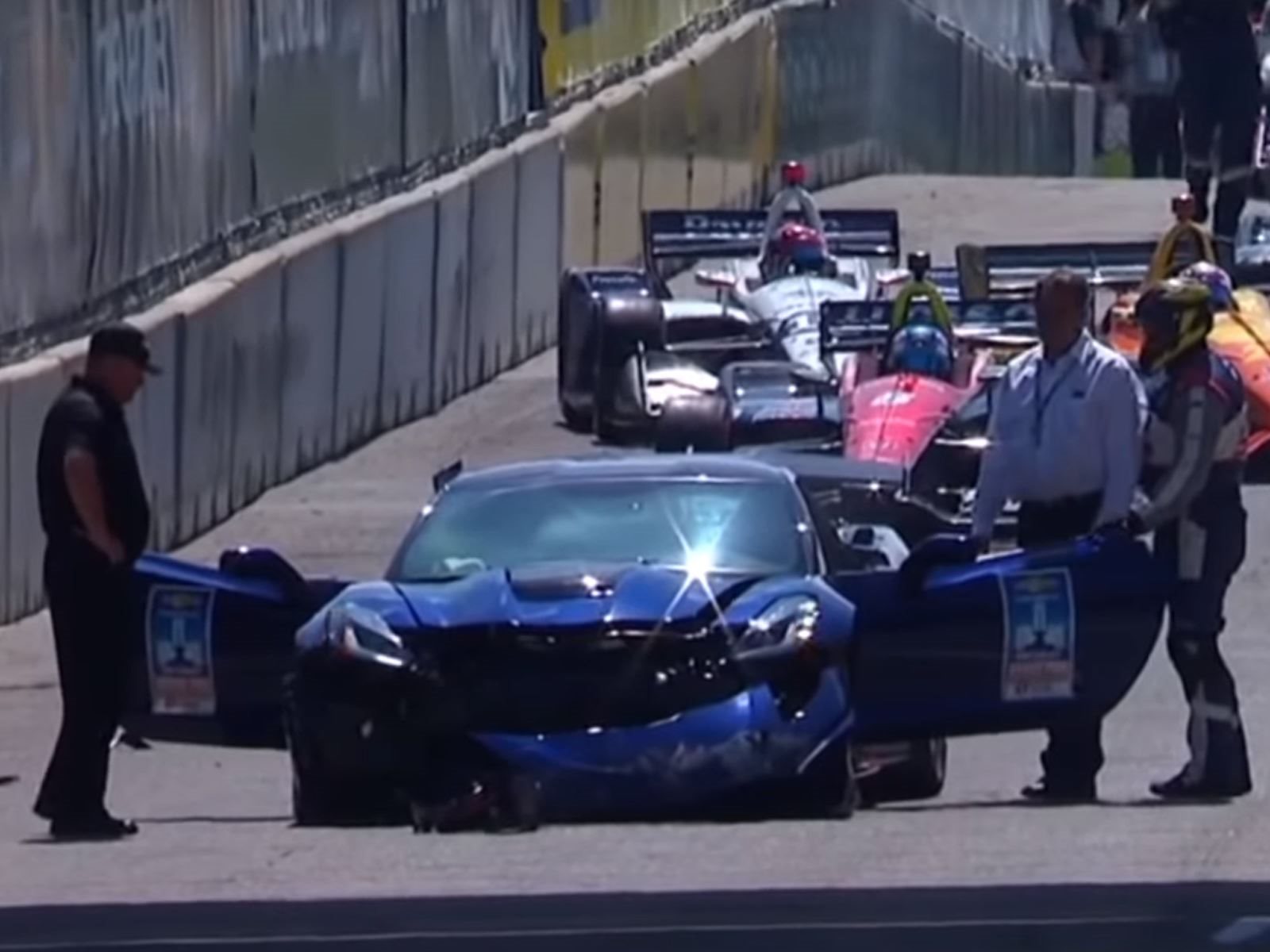 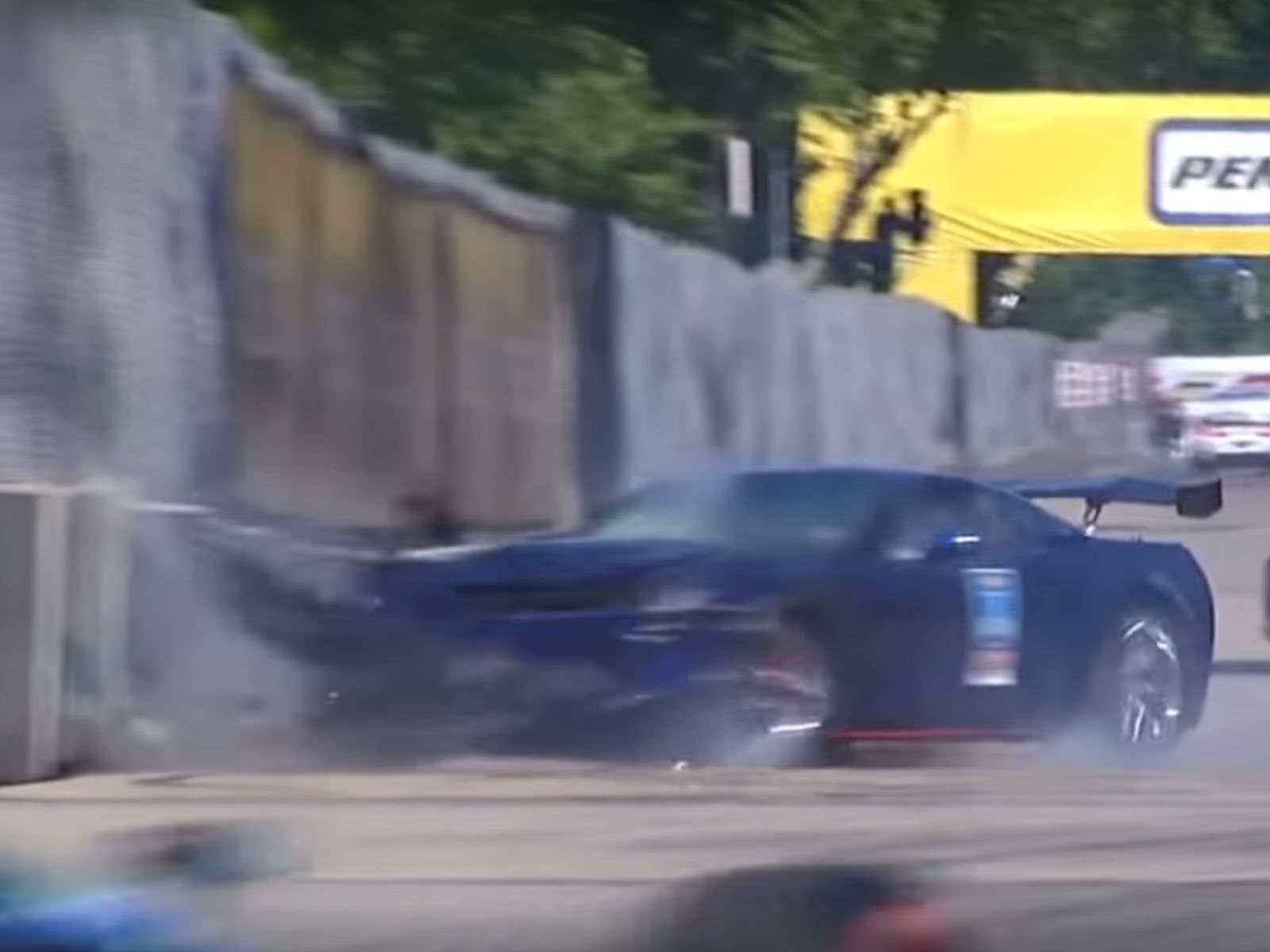