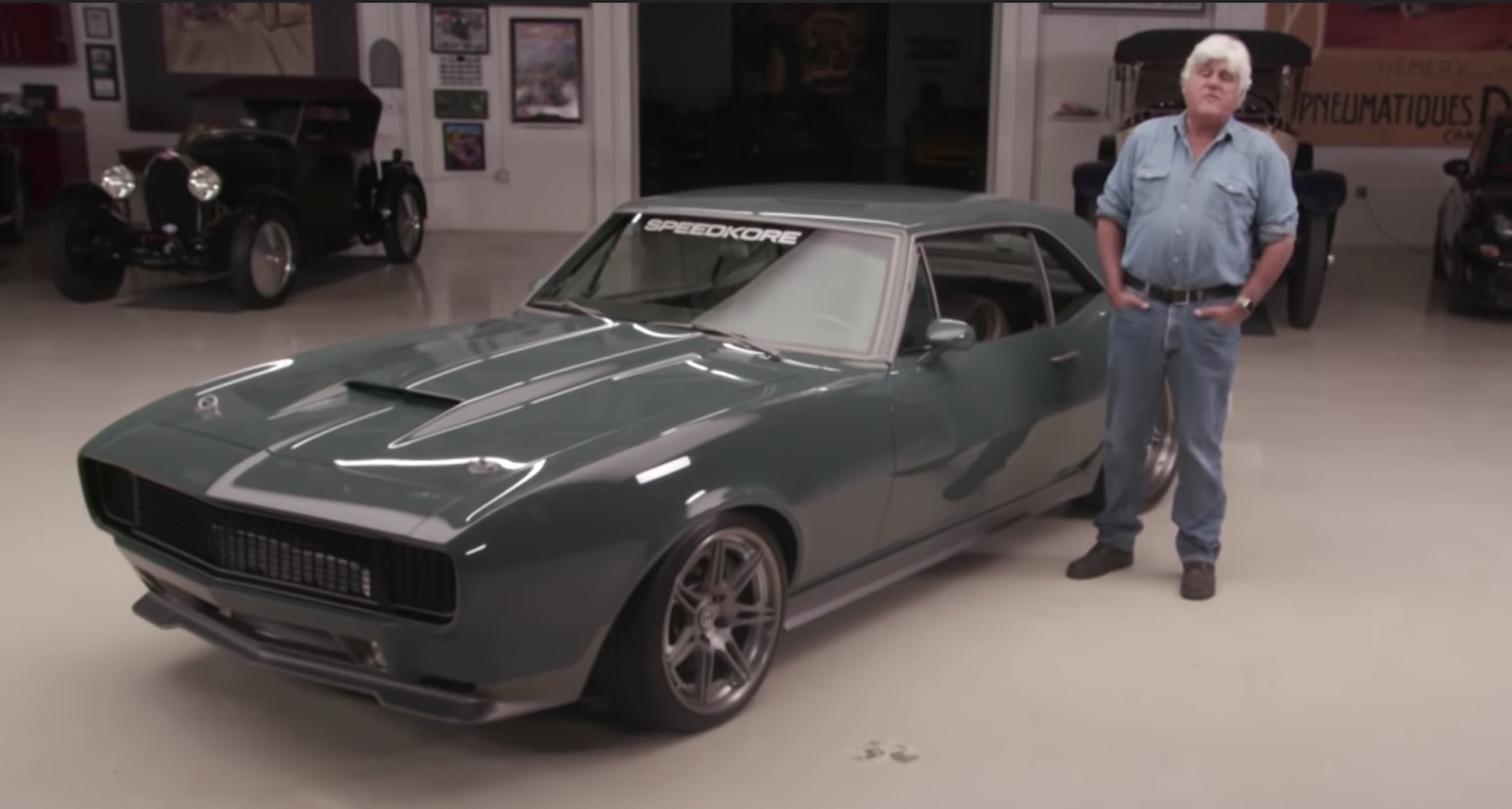 Chris Evans was recently gifted something very special. Fellow actor Robert Downey Jr. gave Evans this 1967 Chevrolet Camaro by SpeedKore after starring in the latest Captain America film. And lucky for us, this beauty stopped by the garage of none other than Jay Leno. To help us viewers get the full scoop, SpeedKore’s Dave Salvaggio joins Leno to go over all the details. Fun Fact? Robert Downey Jr. was way more involved in this build than we would’ve guessed. The actor helped finalize the build, selected the 1967 Camaro (instead of the originally planned 1969 Camaro), and choose the color scheme for the vehicle.

The specs we know you’re dying for:

Check out the episode below to see this “gentleman’s tourer,” (a term coined by Salvaggio). You don’t want to miss this one, enjoy.