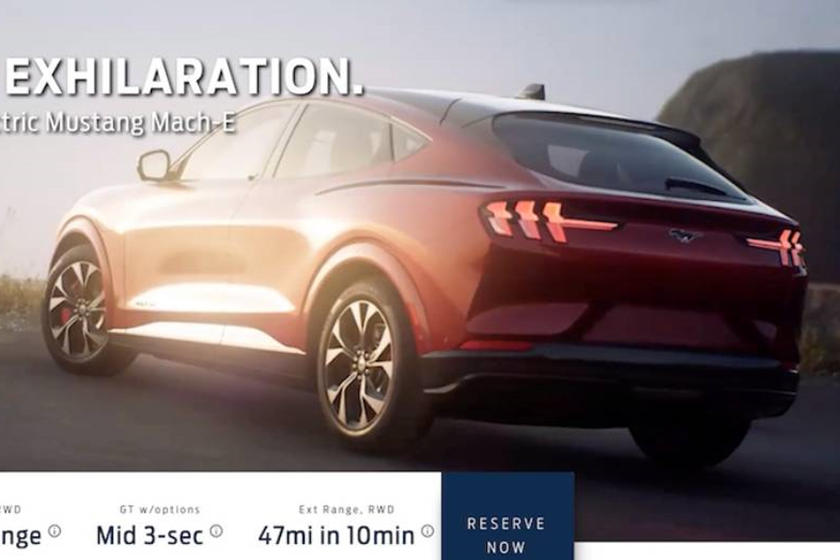 So, yesterday we told you that we would have no further specs or details on the Ford Mustang Mach-E until its formal debut tomorrow. Well, lucky for you (and us), the surprise has been spoiled because photos and details of the electric SUV have been leaked online. Unfortunately for Ford, someone had the SUV’s online configurator live too early. Ford has since removed the page, but of course the MachE Forum is home to geniuses who got some screen captures.

Oh, and we didn’t just get photos of the newest member of the Mustang family, we got the power specs as well (what a treat!). Without further adieu, we’ll get down to it. Five trims will be available, including Select, California Rt. 1, Premium, First Edition, and GT. The base Select model will have an electric motor and produce around 255-hp and 306 lb-ft of torque with RWD and 429 lb-ft of torque with AWD. In the RWD model, the car will go 0-62 in 6.5 seconds, while the AWD model will do it in 5.5 seconds. Pricing for the base model starts at $43,895.

The Premium model is also available with either AWD or RWD and comes with other goodies (i.e 19-inch wheels.) The powertrain options for the Premium model are the same as the Select. As always, more to come, we’re hoping these specs are confirmed tomorrow at the “reveal.” 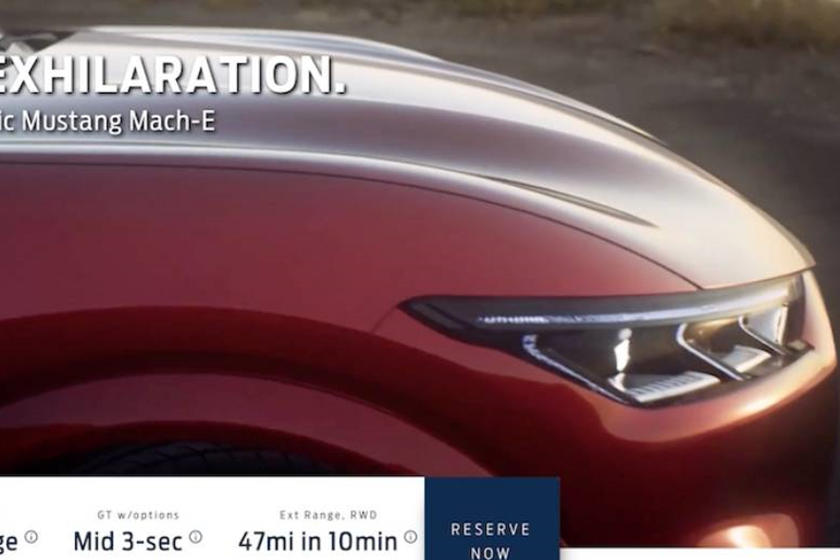 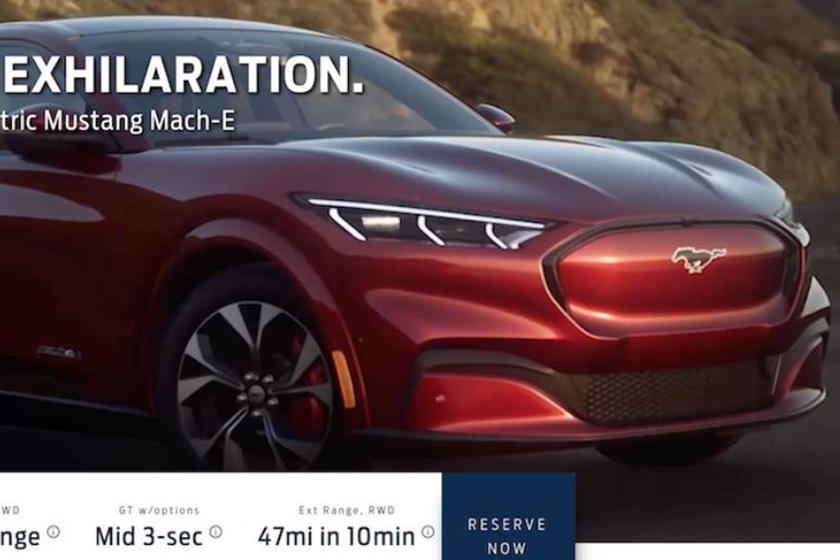 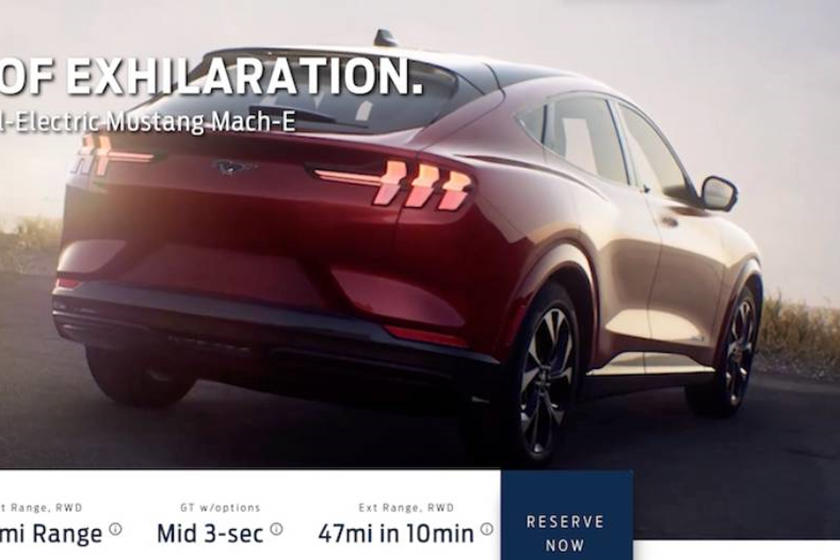 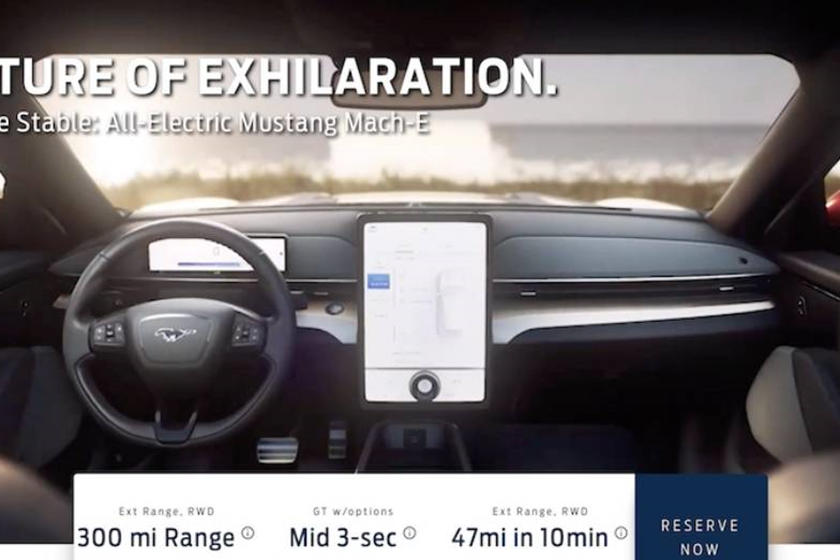