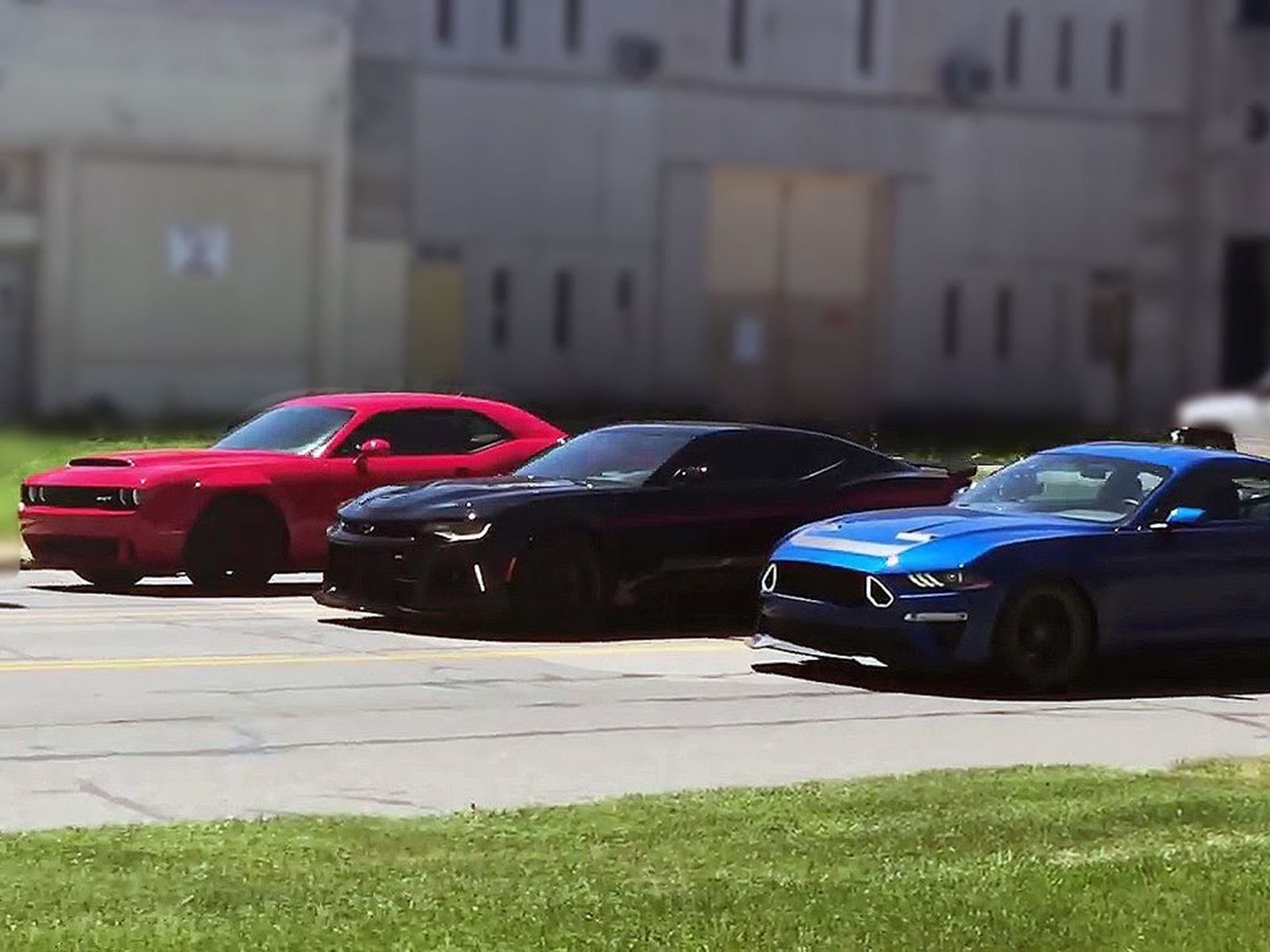 As you may (or may not) know, filming is underway for the third season on Amazon’s The Grand Tour. And yes, we may (or may not) have a sneak preview for you. The three hosts of the show, Clarkson, May, and Hammond, have already been seen cruising around Scotland in a few Italian sports cars. And now, they’ve been spotted in Detroit driving some seriously badass muscle cars. Our favorite. Motor1 managed to capture the footage outside their office.

Taking a look at the footage, we can make some pretty likely guesses about who’s driving what. We have Clarkson in a Ford Mustang RTR, May in a Hennessey Camaro Exorcist, and Hammond behind the wheel of the Dodge Demon. What a lineup. Check it out, right here.