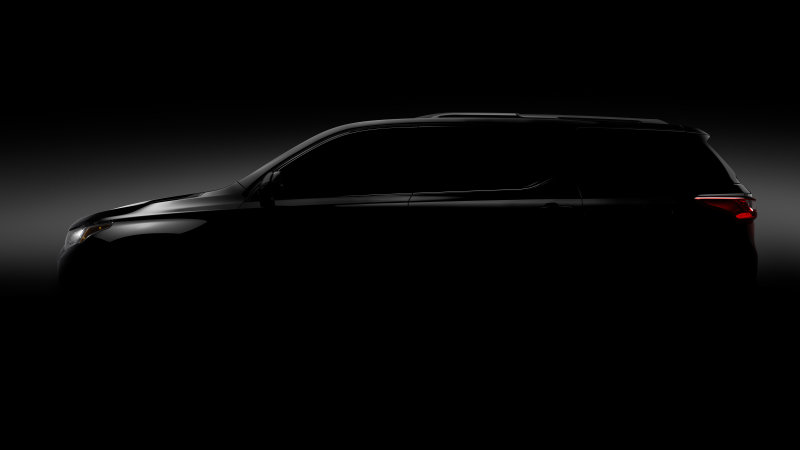 Rumor has it that General Motors is planning to debut two new SUVs at the North American International Auto Show next month. We can confirm that one of these will be the 2018 Chevy Traverse. A complete redesign has been expected, knowing that the first Traverse debuted back in 2008 as a 2009 model. Aside from the dark teaser image above, Chevrolet has been holding out on the good details until the auto show in January.

The three-row, eight passenger SUV should feature more room than the previous model. This would make the Traverse and the rumored Buick Enclave followup as the largest crossovers in GMs lineup. Chevy won’t give details, but it’s claiming to have the best third-row legroom of any crossover on the market. The automotive industry as a whole has shifted its focus towards crossovers. Chevy even wants you to believe the new Bolt EV is a crossover (spoiler alert: it’s not). The Traverse might be one of the oldest vehicles on the market, but the proof is in the sales (which have held up strong, only dipping slightly over the years). This is sure to be an important debut for 2017, and we can’t wait to see more.