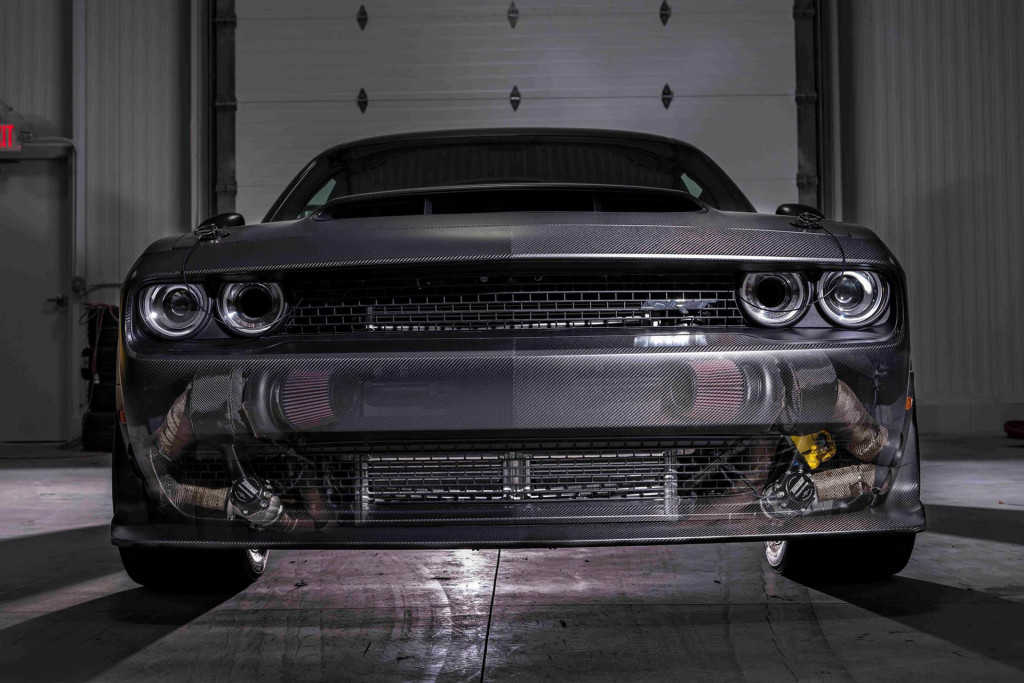 The countdown to the 2018 SEMA show is officially on. And with that, comes some seriously insane creations to be unveiled. Today, we’re featuring a build by SpeedKore Performance Group, the Wisconsin-based custom car builder, designer, and manufacturer of carbon fiber parts. The ride is a 2018 Dodge Challenger SRT Demon whose supercharger has been ditched in favor of 2 turbochargers. These turbochargers help the Demon’s V-8 enough to deliver just shy of 1,400 horsepower.

The team had a goal in mind, and we’re fairly certain they’ve accomplished it: To build the fastest Demon on the planet. This dragstrip monster recently ran a quarter-mile in 8.77 seconds hitting a top speed of 162 mph. That’s almost a second faster than the stock Demon’s time of 9.65 seconds. In addition to the powertrain, the shop also fit the Demon with complete carbon fiber body shells, and decided to leave them unpainted. This years SEMA show starts on October 30th in Las Vegas. I’m sure we’ll see a lot more of this beauty when it makes its debut. More to come.