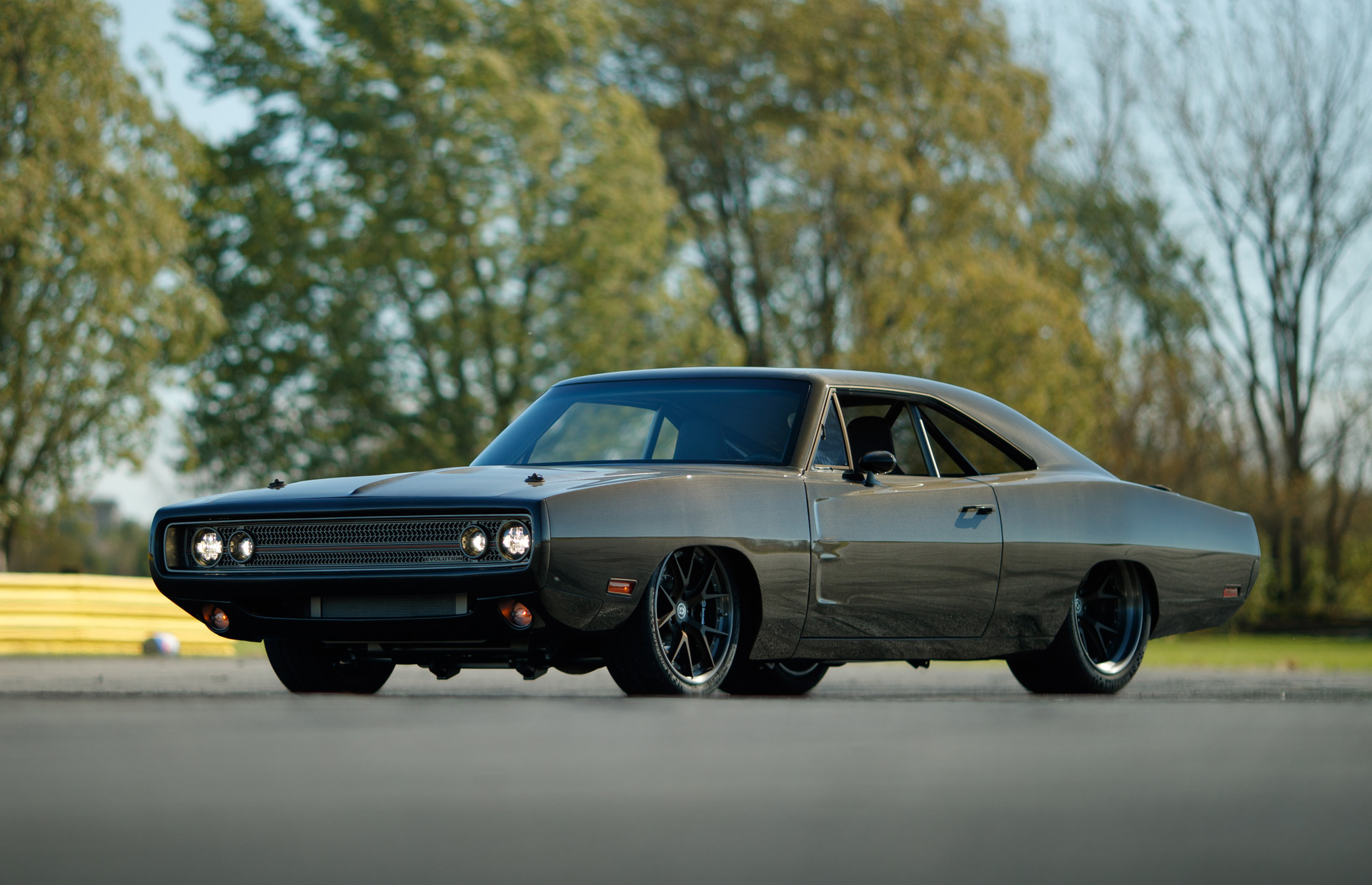 The first time we saw this ride was at the 2018 SEMA Show. And now, SpeedKore Performance Group’s Demon-powered, carbon fiber-bodied 1970 Dodge Charger has rolled into Jay Leno’s Garage for a visit. The car, known as the Evolution may look like a ’70 Charger but was actually built on a custom frame. Under the hood is the familiar 6.2-liter supercharged V-8 from the 2018 Dodge Challenger SRT Demon. When all of SpeedKore’s modifications are said and done, the engine produces 966 horsepower (that’s up from the stock 840-hp.)

Check out the episode below to hear SpeedKore boss Dave Salvaggio explain the build in full detail. Enjoy.

You Can Own Four GM Classics For $120K