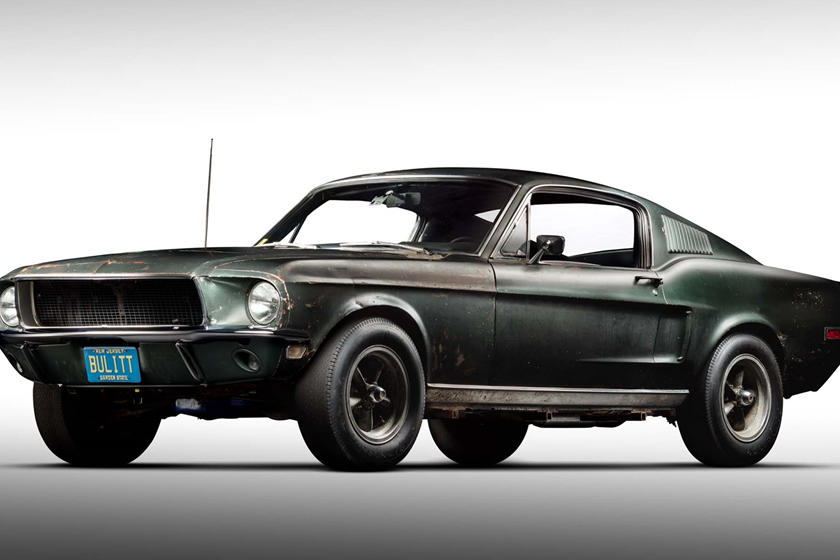 There’s been quite a bit of buzz about the Ford Mustang Bullitt since it debuted over a year ago at the Detroit Auto Show. The 2019 model is a nod to the original Mustang that starred alongside Steve McQueen in the 1968 film “Bullitt.” The resurgence of the iconic muscle car celebrated the film’s 50th anniversary and debut alongside the two original ‘Stangs used in the film.

Sean Kiernan, (the owner of the original Bullitt) has absolutely no plans to sell the car (we can’t blame him). But if he did he could probably rake in a cool $4 million if we had to guess. Now most of us probably wouldn’t be able to swing that (let’s be honest here,) but you might be able to own a very small piece of the Bullitt Mustang for just $25.

An extremely small piece of paint from the unrestored Bullitt will be incorporated into a one-of-a-kind watch. The watch containing a little piece of automotive and cinematic history will be raffled off to benefit Drive Toward a Cure, a charity that has partnered with the Michael J. Fox Foundation to benefit Parkinson’s disease research.

The deets about the watch:

Raffle sales started back in October, and will be capped at 1,968 tickets. The winner will be announced at the Grand National Roadster Show in Pomona, California on January 27th. Interested? You’ll need to act fast, as ticket sales are wrapping up this month. Check it out, right here.

Headed to Auction: 4 Bumblebee Camaros From The Transformers Films