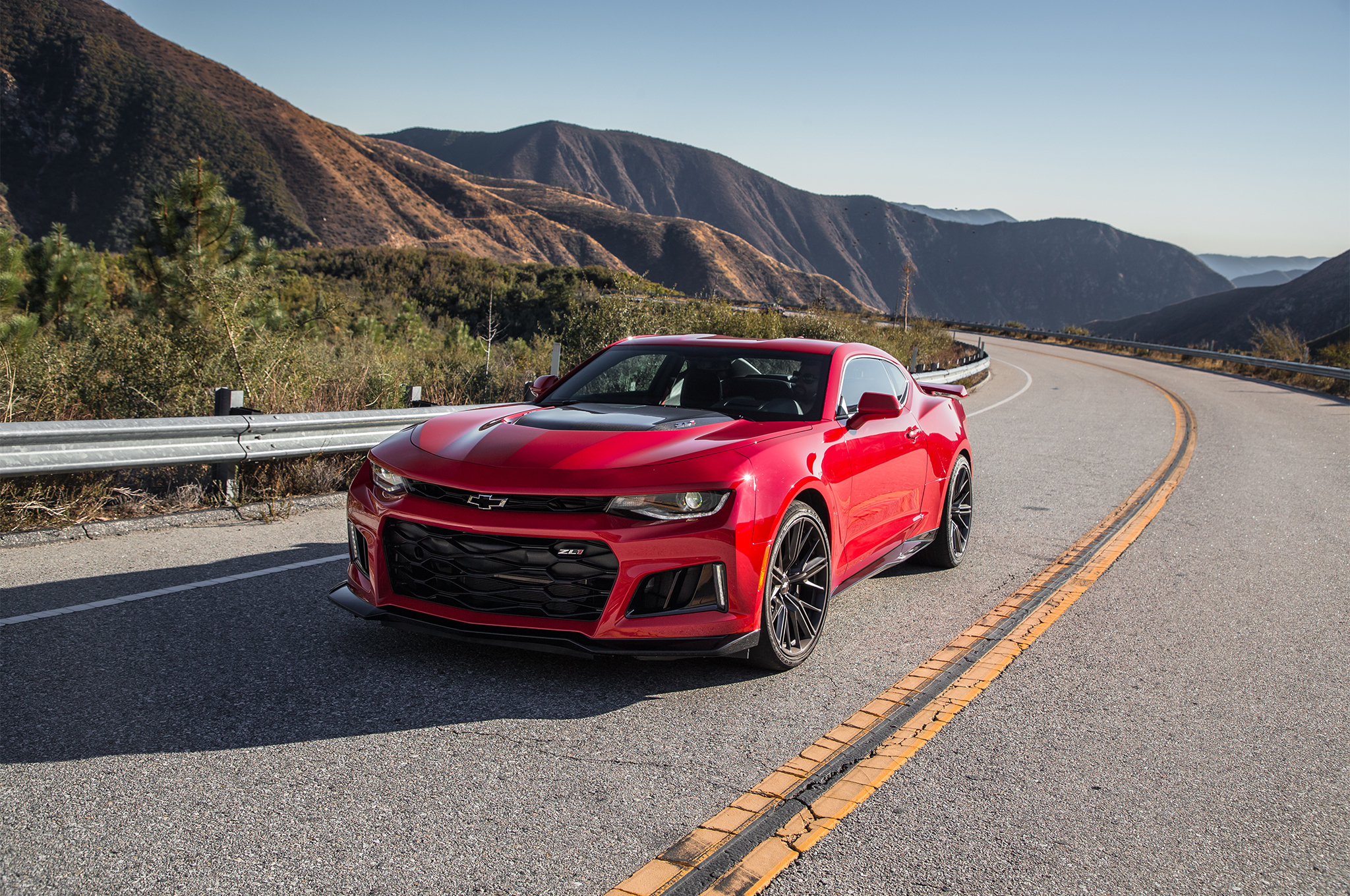 Yes, you read that right. The Chevrolet Camaro ZL1 hit 202.3 mph. This happened while testing the car on the 7.6-mile long high-speed oval at Germany’s Automotive Testing Papenburg ground. The official top speed read 198 mph, but the average is achieved by running the car in both directions and compensating for wind.

“It’s the most capable – and fastest – Camaro ever,” said Al Oppenheiser, Camaro chief engineer, in a press release.

The 1,000-HP Corvette Does The Quarter Mile

The C7 Chevrolet Corvette Z06 is an amazing machine. The $80,000 price tag? Not so amazing. While there are many affordable supercharger cars on the market, few are quite as fast as the Z06. A close runner-up is the Callaway C7 Corvette, a supercharger which produces 610 hp. It can hit 0-60 in 3.4 seconds and do the quarter-mile in 11 seconds. Sure, that’s pretty fast, but doesn’t come close to the monstrous procharged C7 with over 1,000 hp.

The car was fitted with drag radials when it conquered the quarter-mile in 9.69 seconds at 143 mph. Making it one of the fastest Corvettes we’ve ever seen. See for yourself:

Say what you will about Nicolas Cage, but the remake of Gone In 60 Seconds is definitely worth a watch. Especially considering the fact that it gave us one of the greatest and most recognizable movie cars in the history of cinema. Personified as “Eleanor”, the 1967 Shelby GT500 is forever cemented in our minds as one of the ultimate car chase vehicles. This beautiful Mustang is a custom-built, modified version of the GT500 that was specially created for the film. Eleanor’s aggressive look and roaring engine noise remind us that this is not a car to be messed with. We’ve got a couple videos here for Eleanor. Watch as DRIVE takes us on a ride with Eleanor and as Randall ‘Memphis’ Raines uses a flatbed as a ramp and does his best Evel Knievel impression on a bridge to evade the police. Cheers!

In the latest episode of Jay Leno’s Garage, he introduces us to his latest project, a 1964 Dodge Polara. Check out the video below to hear from our host how he’s updating it to make it street-ready. Enjoy.

/DRIVE said it best: “100% function with form following suit. It’s nasty, dirty, evil and perfect.” This is the GMC Syclone Hillclimber. Like all of the coolest rides, this one’s got a story and plenty of TLC. This truck is customized in every way possible. The final product booms 500 AWHP, all-wheel drive with a personality of its own. Check it out right here: