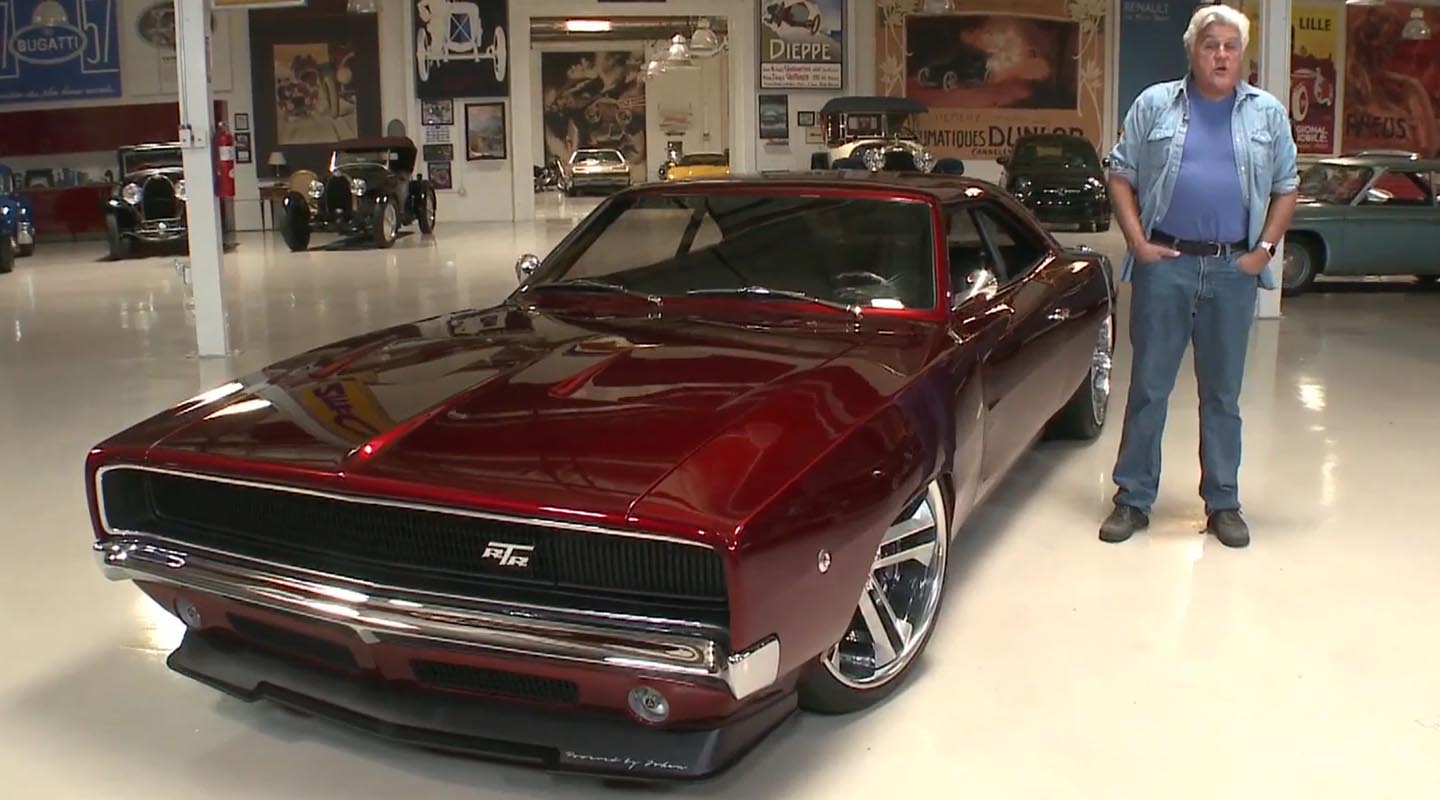 Leno is constantly featuring all sorts of unique cars on his show, Jay Leno’s Garage. But the most recent one is quite special. This 1968 Dodge Charger RTR made its debut at the 2017 SEMA show this past October, but more recently, has rolled into Leno’s garage accompanied by the its creator, Johan Eriksson. The work on this ride was done solely by Eriksson and his small team out of their shop in Scandinavia. Eriksson said it took about 5 years start to finish for the project.. and it shows in the details. Leno even says that the work they did is on par, if not better, than major shops in the U.S.

So why is this custom Charger so special? Eriksson found the old set of wheels in Sweden, and the ride was in rough shape after life as a race car. The body was saved, bonded to a Chevrolet C6 Corvette chassis, and completely redone to be what you see in this episode. The Dodge design, Chevrolet underpinnings, and Viper power make this ride mesmerizing. A massive 8.4-liter V-10 engine is under the hood, along with a twin-turbocharger system. The engine churns out 1,000 horsepower but Eriksson said 1,500 hp is just as easy. Check out the episode below to see for yourself. Enjoy.