John Clor is the epitome of a Mustang enthusiast. He has a career in journalism and public relations. He has worked with various car clubs and has written two books on the Ford Mustang. Currently, he is the Enthusiast Communications Manager for FordPerformance.com. Seems fitting. 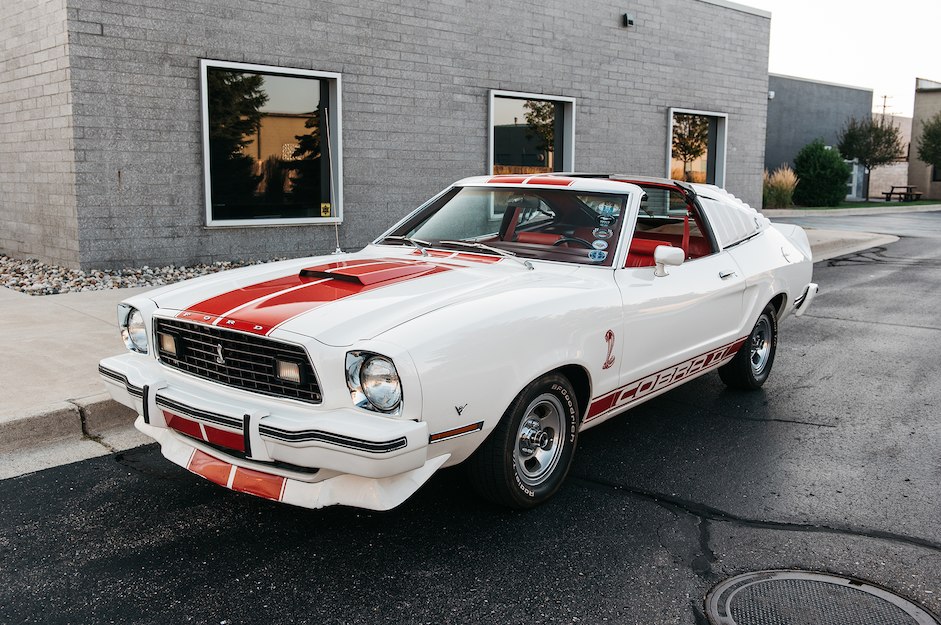 “I’m the Mustang guy, I’m a student of the history of the car,” Clor said. So, what better thing to do than check out a ride from his very own collection. Today, we’re taking a look at Clor’s 1977 Ford Mustang Cobra II. This Cobra (license plate: Snake77), sports red stripes, as well as a red interior. The car also dawns the newly offered T-top with twin removable tinted glass panels. Clor’s Cobra has a stock 302 V-8 with dual exhausts.

The smaller second-gen Mustang II has often been referred to as a Pinto. Meaning that the Mustang has been based on the subcompact Pinto. Clor has made it his mission to defend the Mustang II, saying that not much was shared beyond some brake parts. “I like things that were disrespected.” We can agree that Mustang II’s aren’t the most common find. Clor said, “I’m a Mustang Guy. I picked Mustang II because no one else is. I will be the champion. Mustang history deserves it.” We love the passion, Clor.. oh, and this car.
Source and Image Source: Motor Trend