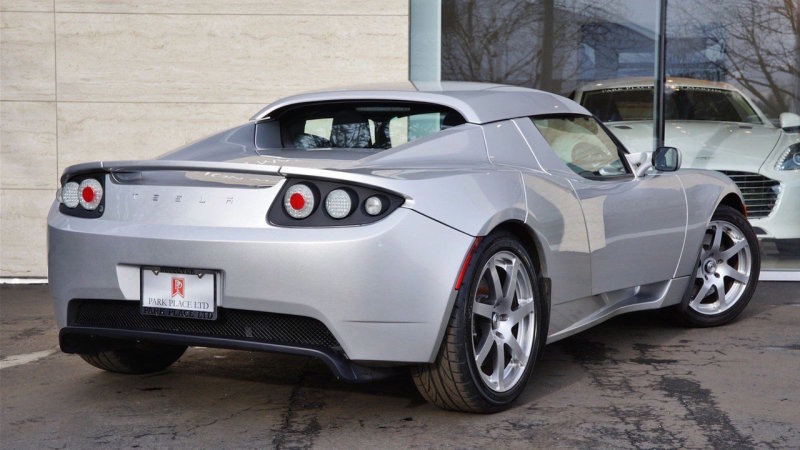 Before there was Model S and Model X, Tesla was working on something else. Behold, the Roadster. This beauty was only in production for four short years, but managed to move 2,450 models in over 30 countries. This model is described as a modified Lotus – with an electric drivetrain as well as a few unique features that you might not find on the average Roadster.

Before the Roadster was put to market in the U.S, Tesla churned out what you see here: a prototype. Exactly 33 prototypes were made by the company. What you see here is lucky number 32. Used mainly as a marketing tool, this ride is now for sale on eBay. As there usually is with beauty’s such as this, there’s a catch. A million dollar catch. The seller won’t let her go for less than $1,000,032 (the price currently listed on eBay). Here’s why:

“A million dollar Tesla may be crazy today, but with vintage Ferraris going for $15M+, imagine what the first Ferrari prototype models would go for. Take that 30 years into the future when most cars are electric and they’ll be able to trace their history back to Tesla, the company that is changing the industry, and this being a prototype of its first model. Historic and super sporty.”

The prototype is legitimate, wearing a special VIN to prove it – 5YJRE11B181V00032. The car has a mere 18,000 miles and comes with extensive service records, original hard and soft tops, a portable charger, and a 240v wall charger.

And so, the question stands: would you pay a mil for this rare Tesla Roadster prototype? We’ll see if anyone takes the plunge.

Is The Ford Focus About To Be As Powerful as The Mustang?