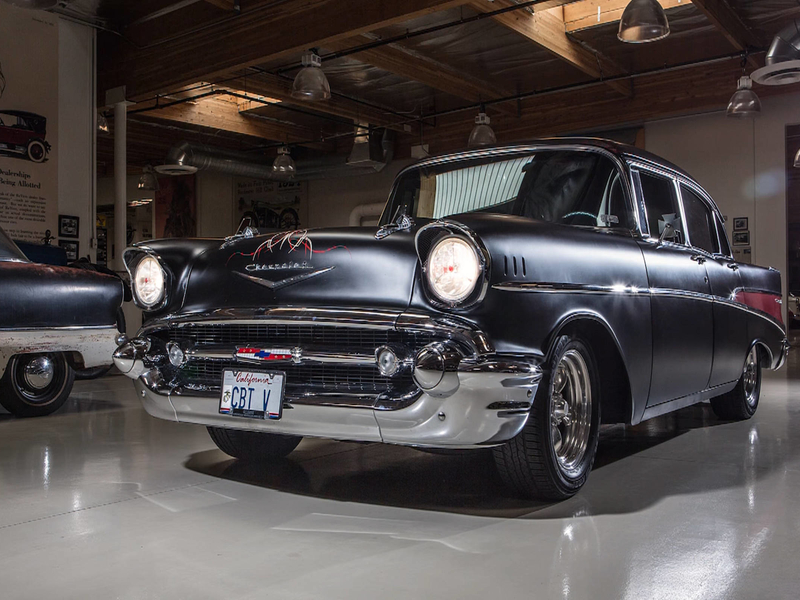 Quite a few custom-built rides have graced Jay Leno’s garage. Most of which, come with a great story. Case in point: this 1957 Chevrolet 210. A classic example of a father-and-son project. When war veterans Aaron and Richard Raher found this beauty, she was just a naked frame and body shell. They spent the following two and a half years building one badass hot rod. When Aaron Raher was deployed to Iraq, his father, who served in the Vietnam War, continued to work on the Chevy. As a nod towards the veterans’ tours, the vehicle wears a license plate that reads “CBT V,” which reflects Aaron’s Combat Veteran medal for Valor, as well as the bullet casings from 556 rounds for the door locks.

The vehicle isn’t built for performance, but rather for usability (with Aaron driving it for the past six years). The vehicle still uses the original drivetrain, including a 283 V8 engine with a few minor enhancements, which include new headers and camshafts. Join Aaron and Richard as they stop by Leno’s garage, and tell Jay the full story behind this true labor of love: