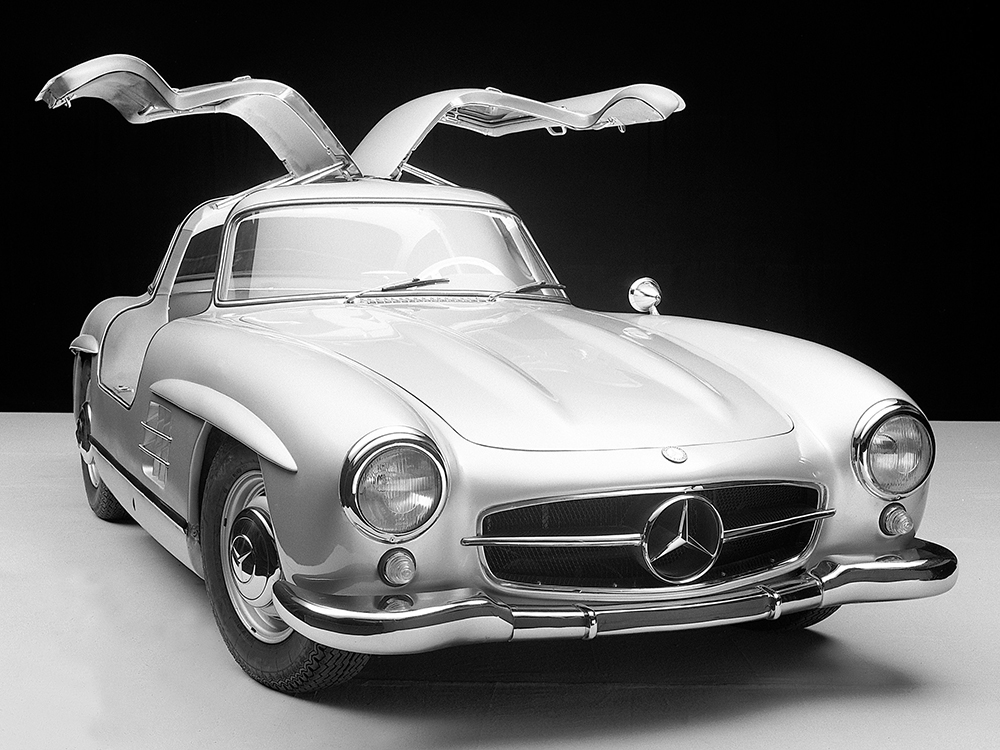 Sixty years later, the Mercedes-Benz 300 SL Gullwing remains one of the most beautiful cars ever made. This model was built on innovative technology like a slanted inline six-cylinder engine, fuel injection and lightweight frame. Speaking of innovation, the Gullwing may be most favorably known for its glorious doors – yes, you know the ones. Like many of its kind, the 300 SL’s groundbreaking features were born from racing. The 1952 W 194 series 300 SL in particular, proved to be a major inspiration. The final product? Beauty and brawn. 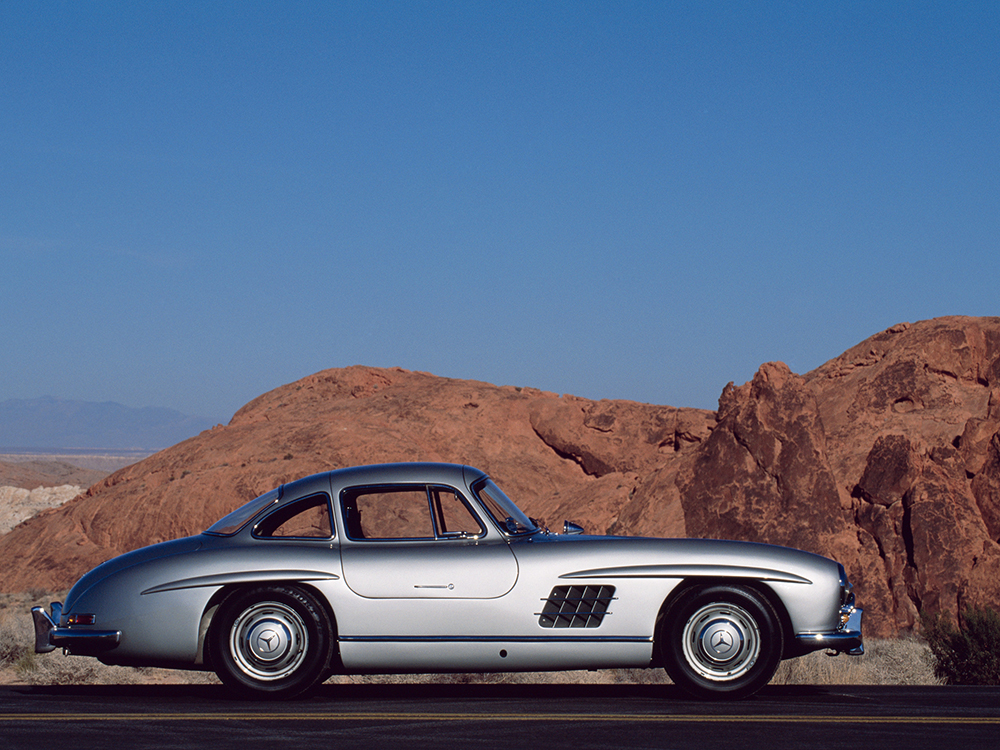 The Germans took the engine used in the 300-series sedans and limousines and stuffed it under the SL’s long hood. They slanted the 3-liter inline six-cylinder 50 degrees to the left, pushing the car’s center of gravity closer to the ground and it doesn’t end there. In 1954, the 300 SL Coupe was born complete with a tubular space frame, gullwing doors and a new feature: fuel injection. With newborn fuel efficiency and power the 300 SL cranked out 215 horsepower taking it 0 to 60 mph in just eight seconds. If you’ve got a 300 SL, hold onto it. Your wallet may thank you. 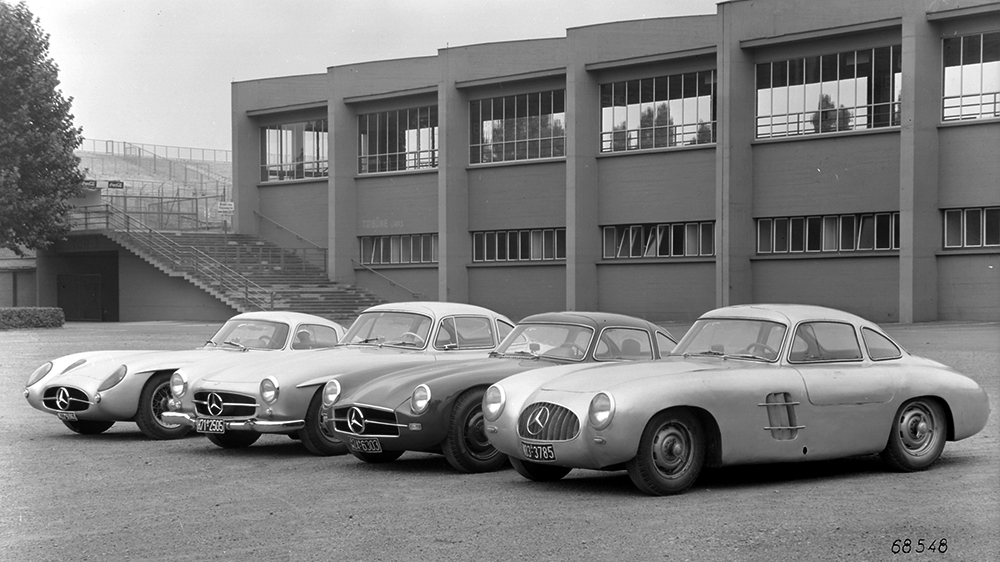