Not Bigger But Better: The Mercedes-Benz 280SL 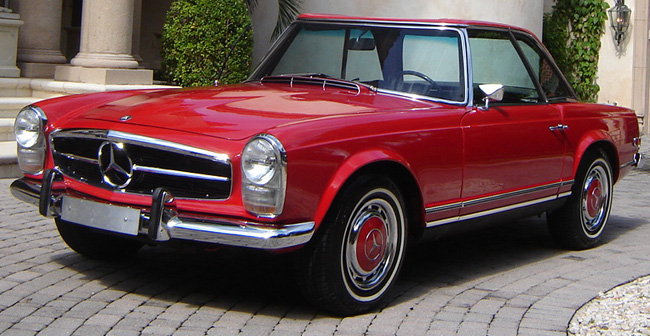 When Mercedes-Benz released the SL roadster series, we got one great model after another. The 280SL came along in 1967 sporting a new M130 engine with 2778cc and 180bhp. The style was basically unchanged from the 250SL but you’ll see why we’re not complaining:

If it ain’t broke don’t fix it, right? The 280SL had new features like:

But does the 280SL really do “SL” (sehr leicht/very light) justice? Weighing in at a mere 2,948 pounds, there’s not much to separate this roadster from the road.

Out with the Old, in With the V8: Supercharged Corolla

Feel the Grip of the Kelly Python