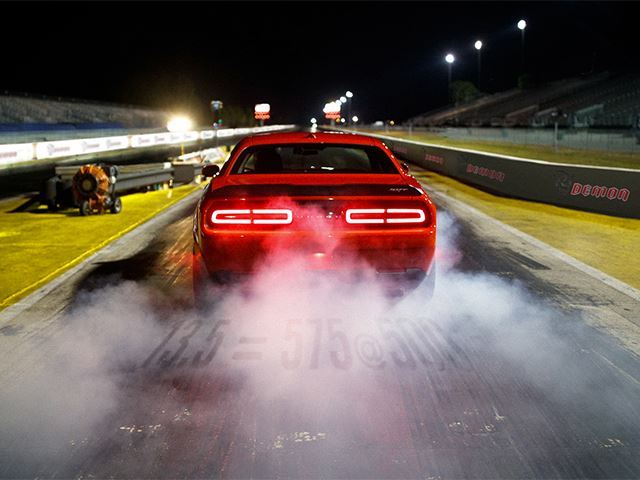 Another week, another Dodge Challenger SRT Demon teaser. We already know that the Demon will be one bad ass muscle car, built for the drag strip as well as the road. What we just learned is that it will be the first production car to feature an ‘After-Run Chiller’ to keep the cooling fan and intercooler pump running after the engine shuts down, until the ideal temperature is reached. Also just announced, a new “Performance Pages” application to be used on an 8.4-inch touch screen on the dash. We’re expecting this new infotainment system to be overwhelmingly informative, but we can dig it. The application will also feature real-time graphics of the horsepower and torque, as well as power levels from added performance parts. Demon drivers will choose from one of three driving modes: Auto (Street), Drag, and Custom, which will come with tuning options for performance, steering, suspension, and traction control.

It’s also worth mentioning this week’s hidden clue. In the photo below of the power chart, there is a time display that reads “7:57”. Since we know that Dodge loves including hints in its publicity photos, we’re thinking that this could mean that the Demon will have 757 horsepower. This weeks teaser video also hints at some performance figures. If they turn out to be accurate, the Demon will hit 0-60 mph in three seconds and 0-100 in 6.8. We’ll find out more in the next few weeks but for now, we’re still excited about this mighty muscle car.