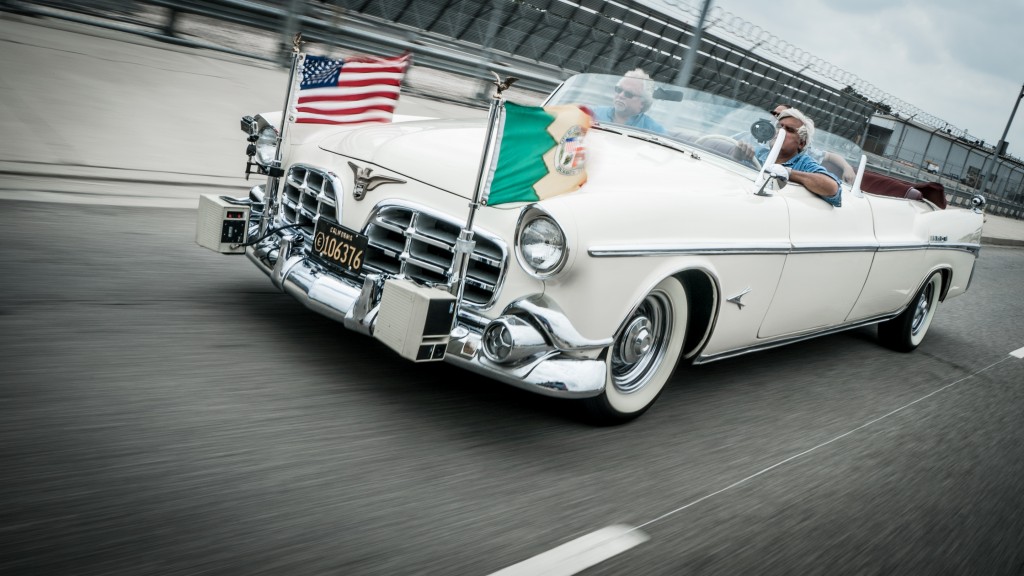 Jay Leno’s back again and this Chrysler Imperial Parade Car has him in good spirits. Leno welcomes City of Los Angeles Dispatchers Mark Barrera and Art Flores to the garage so they can fill us in on this LA wonder. The ride is newly restored and still used for official service today. See it in action, right here:

Craziest Car of 2015: The Koenigsegg Regera

Can The Best Get Better? The Audi R8 V10 Plus