We were thinking that the Shelby GT500 would’ve killed off the GT350 by now. Fortunately, that’s not the case. Mustang6G, a Mustang owner’s forum has gotten their hands on a document that reportedly confirms the existence of the 2018 Shelby GT350/GT350R. The document is allegedly a copy of a form titled, “2018MY Shelby GT350 Program Enrollment.” Said document is addressed to all Ford dealerships and lays out the changes that are to be made for the 2018 GT350s. It also details when the enrollment process needs to be completed. It’s looking like the only changes coming next year will be to the exterior paint color offerings. 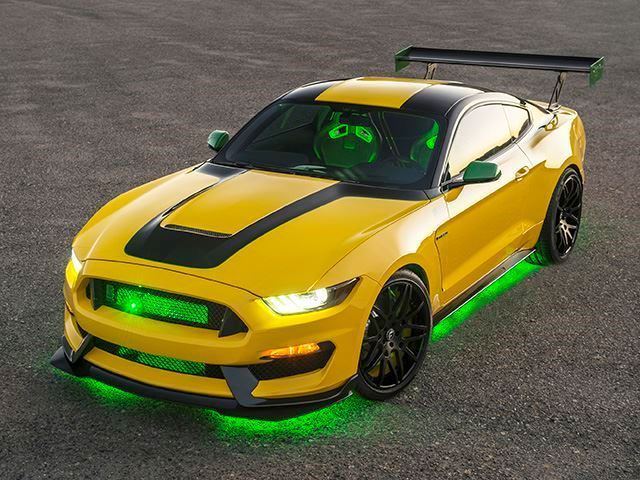 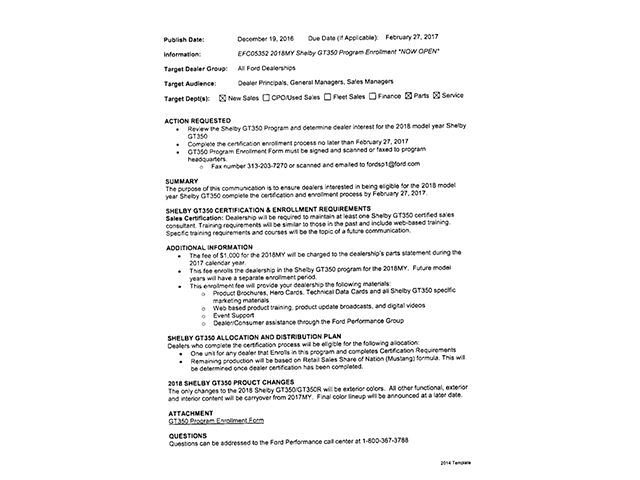 Unfortunately, the document doesn’t say when the 2018s will go on sale, but it does say the enrollment period for dealerships interested in selling the car ends on February 27th, 2017. Although this news may not seem groundbreaking due to the lack of updates, the Mustang is getting a refresh next year. According to Mustang6G, the new base models will be updated to look more like the top-tier Shelbys, and we like the sound of that.