King of the Underdogs: The Big Bad AMX

In the 1960s, AMC was the safe but lackluster choice. The company produced vehicles that were economic and thrifty but not covetable like Corvettes and T-Birds. So like any good business, AMC amped up its game. Enter the AMC AMX. The AMX came along shortly after AMC declared its devotion to the younger market. This car was the only mass-produced American two-seat sports coupe aside from the Corvette and it was significantly cheaper. Naturally this appealed to a younger crowd looking to break away from a world of family sedans. The final push from AMC came in 1969 with a new option. That year, any AMC dealer could order you a “Big Bad AMX”. Buyers had their choice of Big Bad Green, Orange or Blue paint and today those are the coolest AMXs to see. 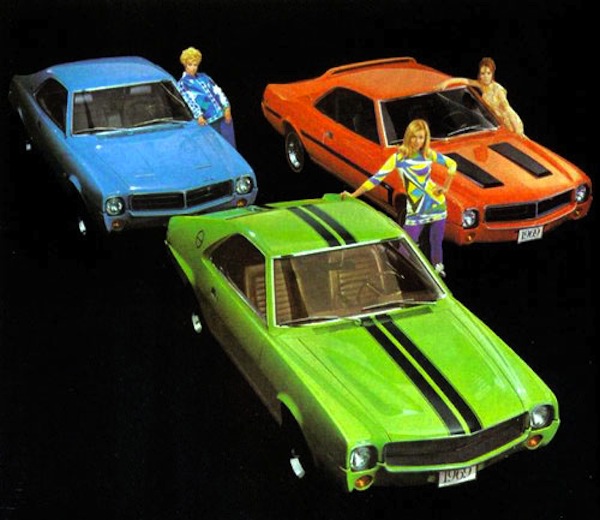 If it Ain’t Broke DO Fix it: The Ford Torino GT