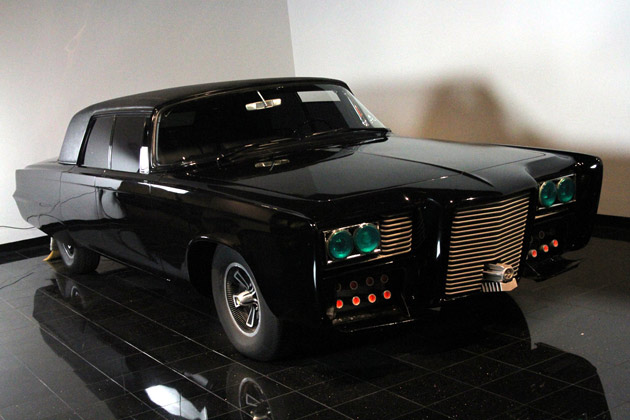 Say hello to Black Beauty: a Chrysler Imperial “slightly modified for crime fighting.” Based on the 1966 model, Hollywood carmaker Dean Jeffries built two Black Beauties for The Green Hornet television show circa 1966 and 1967. Weirdly enough, the first of those cars has disappeared but the second car is alive and well – or should we say…functioning. On display at The Petersen Museum in Los Angeles, Black Beauty boasts a 440-cubic-inch V8 turning out 350 horsepower and 480 pound-feet of torque running through a three-speed automatic. The network called it quits for The Green Hornet after 29 episodes but one thing’s for sure – Black Beauty did no wrong.

The Most Boring SuperCar in the World? No Chance.