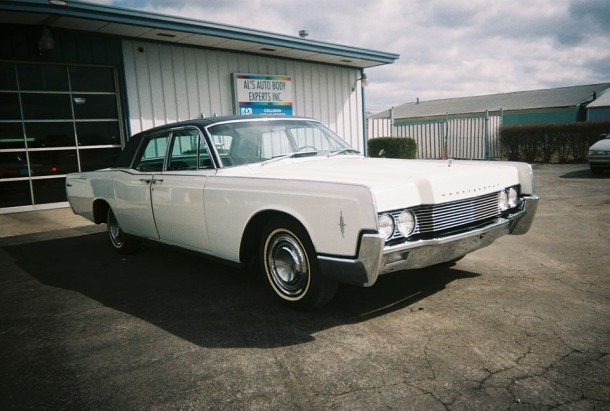 This restored vehicle is one of only a few vehicles known to have been used by the Rev. Martin Luther King Jr. and is believed to have carried him just before his death in April 1968. This historic 1966 Lincoln Continental is now on display at the National Civil Rights Museum in Memphis.

In 2002 the car was discovered in a field, overtaken by rust and plant growth are more than 20 years of neglect. When it’s true significance was discovered by Rich Fortner of St. John, Indiana, he immediately towed the car to his garage to begin the restoration process.

Head Into the Weekend in a ’66 Chevelle Malibu