You never want to be the annoying neighbor. Mowing the lawn early on a Saturday morning, walking a particularly yappy dog, or hosting band practice in your garage. In an effort to make customers definitely not that guy, Ford announced its updated V8 pony car features what’s called Quiet Start, or the “Good Neighbor Mode.” Seems fitting. Who’s the genius? Former Mustang engineer Steve von Foerster. The idea came to him one morning when he was backing his Shelby GT350 Mustang out of the driveway when the engine rumbled and annoyed a neighbor, who called the police. Jeez, guy. I guess not everyone likes the sound of a rumbling V8 exhaust. Anyway, that neighbor calling the police gave Von Foerster a brilliant idea, which is now a reality. A customizable feature? Owners are able to set specific times for the car to be in Quiet Mode. 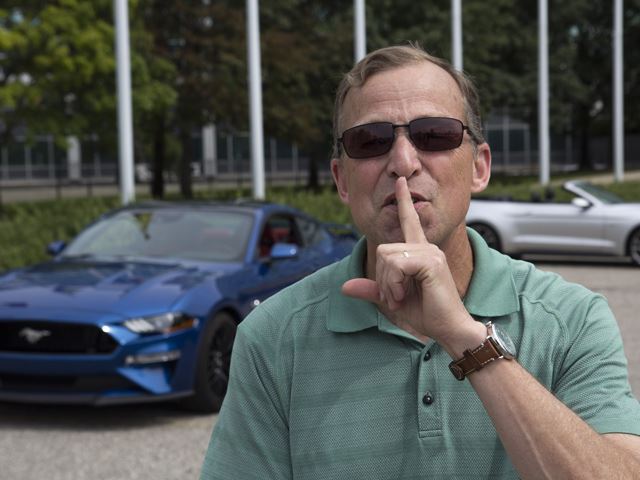 “I love the sound of the V8, but it can be loud, and you can’t annoy people like that in your neighborhood,” says von Foerster. “It sounds so cool, but I thought, ‘There has to be a way to give people more control over the engine’s sound.'”

We love the idea of the Quiet Exhaust. Maybe not as much as your uptight neighbor, but hey that’s okay. Don’t get too comfortable with the Quiet Mode, that’d just be a shame.