Some Serious Mustangs to be Unveiled at The 2016 SEMA Show

Las Vegas is home to one of the most ridiculous trade events in the world. The SEMA Show is the premier automotive specialty products trade event held at the Las Vegas Convention Center. As part of the AAIW, the SEMA Show attracts more than 100,000 industry leaders from all over the world for unlimited opportunities in the automotive, truck and SUV, powersports, and RV markets. The 2015 SEMA Show hosted more than 60,000 domestic and international buyers.

Now, let’s get down to business. There are some seriously insane Ford Mustangs coming to this years SEMA Show. SEMA is the epicenter of all that is customized model vehicles. Brands like Hyundai, Honda, and Ford are gearing up to unveil just what they’ve been working on. Ford especially, is ready to show off a few unique Mustangs sure to delight our faithful muscle car lovers. Up first, a 2017 Mustang GT concept modified by VMP Performance. A new 2.3-liter supercharger has been added to this model for a total of 851 hp and 703 lb-ft of torque. The paint job is jet fighter grey, matte black wheels, and even a pin-up girl next to the drivers’ side door: 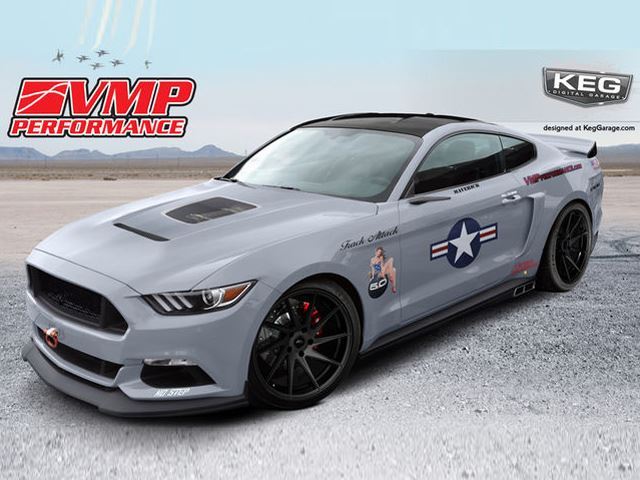 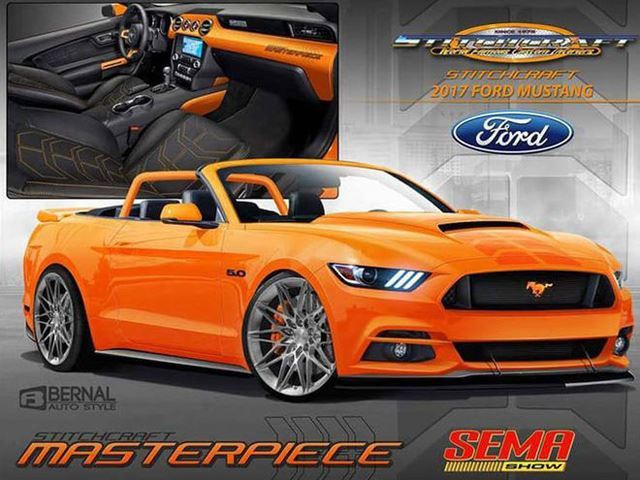 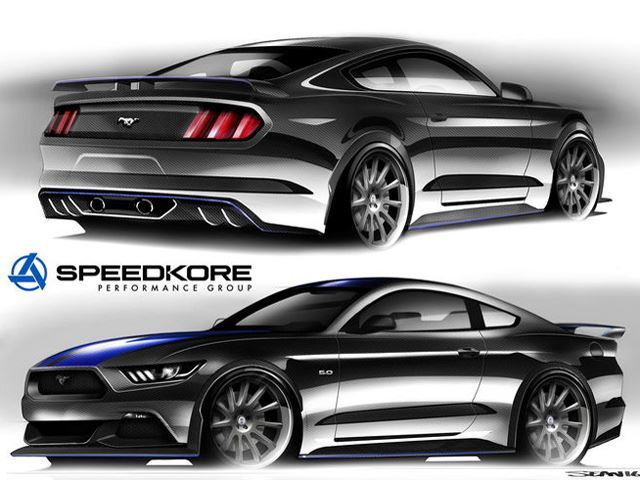 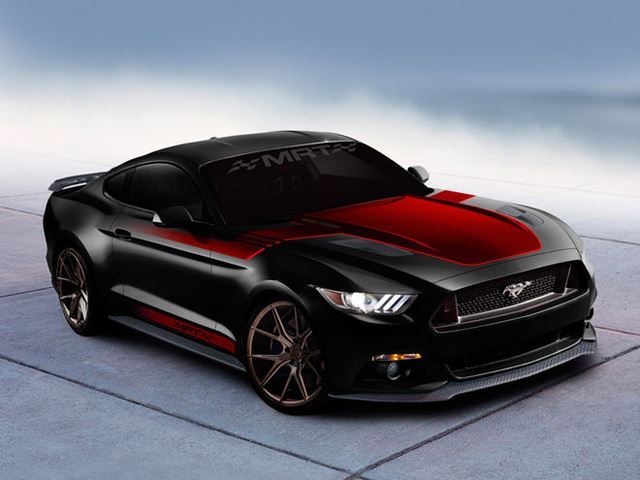 You can find all of these ‘stangs (and more) at the 2016 SEMA Show in Vegas. We’ll be sure to give you a recap after the show, which is scheduled for November 1-November 4.