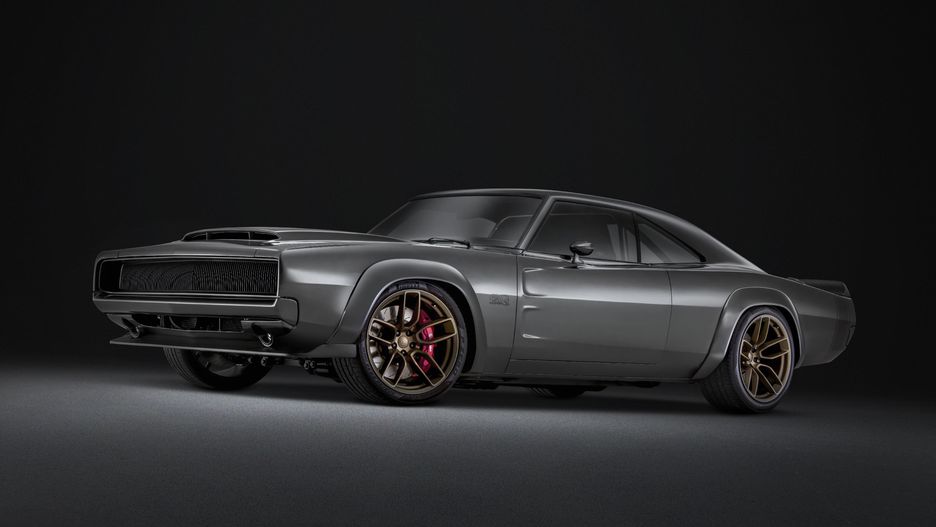 We can always count on Mopar to bring something big to the table. Yesterday at SEMA, the shop unveiled a 1,000-horsepower crate engine called the Hellephant. The engine is a 426 cubic-inch supercharged V-8 that generates 950 pound-lb of torque. We’re sure you’ve already gathered this, but just in case, we wanted to point out the name “Hellephant” is a product of “Hellcat” and “Elephant.”

Sure, we’re all familiar with Hellcat, but the Elephant might be new to some. Chrysler’s 426 cubic-inch V-8 Hemi earned the nickname “elephant engine” when it was first produced back in 1964. Only 11,000 examples were made since the engine itself was costly to build. But now, it’s back in its modernized state, wowing everyone from the SEMA show in Las Vegas. The Hellephant is featured in a 1968 Dodge Charger. The car features parts from the current Dodge Charger and Challenger SRT Hellcats. In addition, the exterior is modified to a wide body design with gray metallic paint. Check out the video below to hear from Todd Beddick, Head of Accessories & Parts Portfolio for Mopar, talk about the new “Hellephant” 426 Supercharged Mopar Crate HEMI® Engine and Kit. Enjoy.