The AMG 300SL and Its Modern Rival 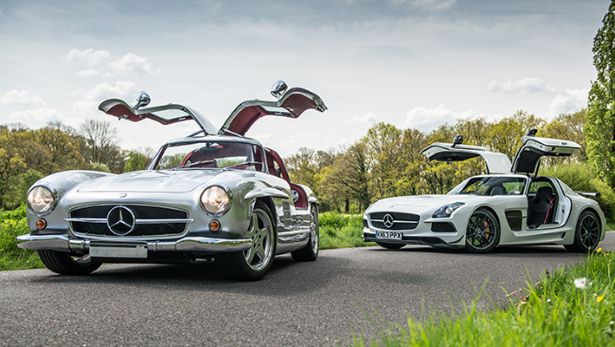 How will a 1954 300SL Gullwing match up to the SLS Black Series? That’s the question motoring journalist Jason Barlow took on for Top Gear. The 300SL shown above is a classic body with a late-‘80s SL suspension. It’s good for around 380bhp thanks to the AMG 6.0-liter ‘M119’ V8 built-in. The SLS Black (the competition) is an old-school supercar. At a whopping 622bhp, it definitely “thunders forward” as Barlow said. The 300SL Gullwing you see above is one of only 11 made between 1996 and 2009. Five of those went to the Sultan of Brunei. Though it is technically a 1954 vehicle a lot has been changed. Compared to its successor, Barlow points out that the Gullwing “handles and stops like a late-20th century car rather than a mid-century one.” Both cars are admirable but which one would we choose? It’s a tough call. 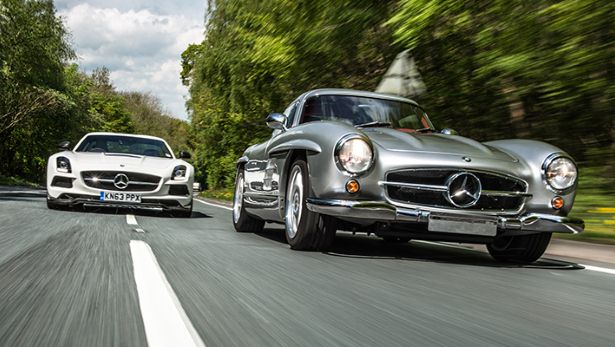 The Fisker Karma: A Car with a Conscience