This 1962 Chevy Bel Air Is An Oldie But Goodie 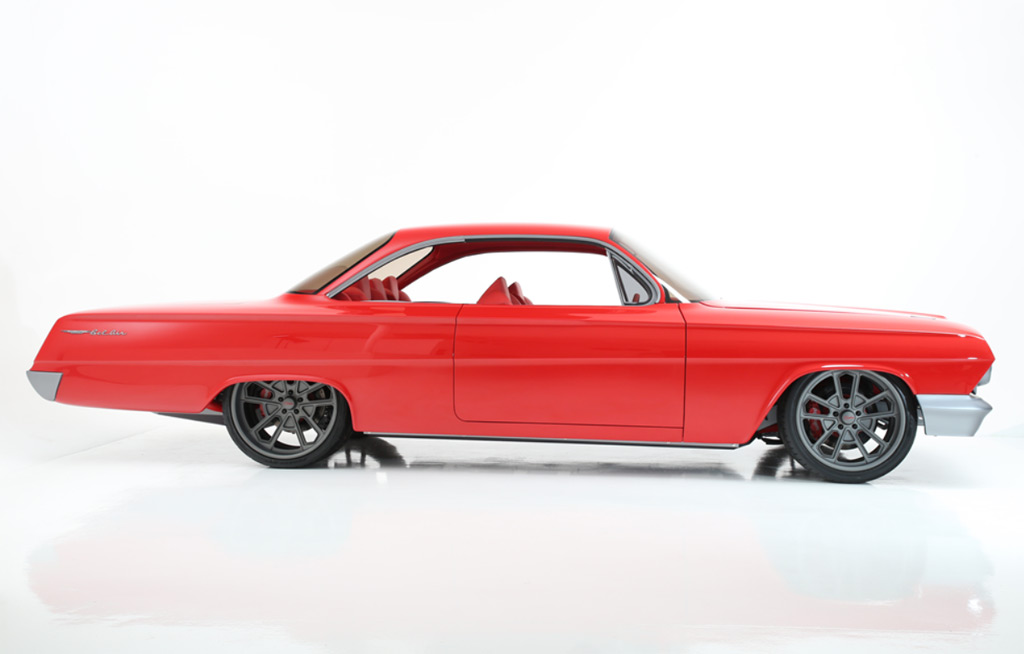 Rolling into Jay Leno’s Garage this week is a beautifully restored and modified 1962 Chevrolet Bel Air named “Sanity.” Ralph Holguin is the proud owner of RMD Garage, a Long Beach-based custom car shop. He stopped by Leno’s garage with this Bubble Top Chevy to talk to Jay about all the specs. He tells the story of the cars initial purchase, and the point where he realized the Bel Air had been poorly repaired at some point. But that didn’t stop Holguin from creating Sanity.

The external build is modern and classic at the same time. A perfect combination of old and new. The internal design is all red, to match the fire engine paint job. It’s important to note that all modifications and updates made by RMD Garage were done to a high degree of quality. Under the hood is a LS3 6.2-liter V-8 engine that pushes out 555 horsepower.

Jay and Ralph take a look at the car using the lift to see to underside. Unfortunately the two don’t take the Bel Air for a spin on this episode. This is due to the cleanliness of the car, the condition of the roads, and the fact that Ralph was getting ready to sell the car at Barrett-Jackson auction in Scottsdale, Arizona. The final bid on Sanity? $220,000. Check out the full episode, right here. 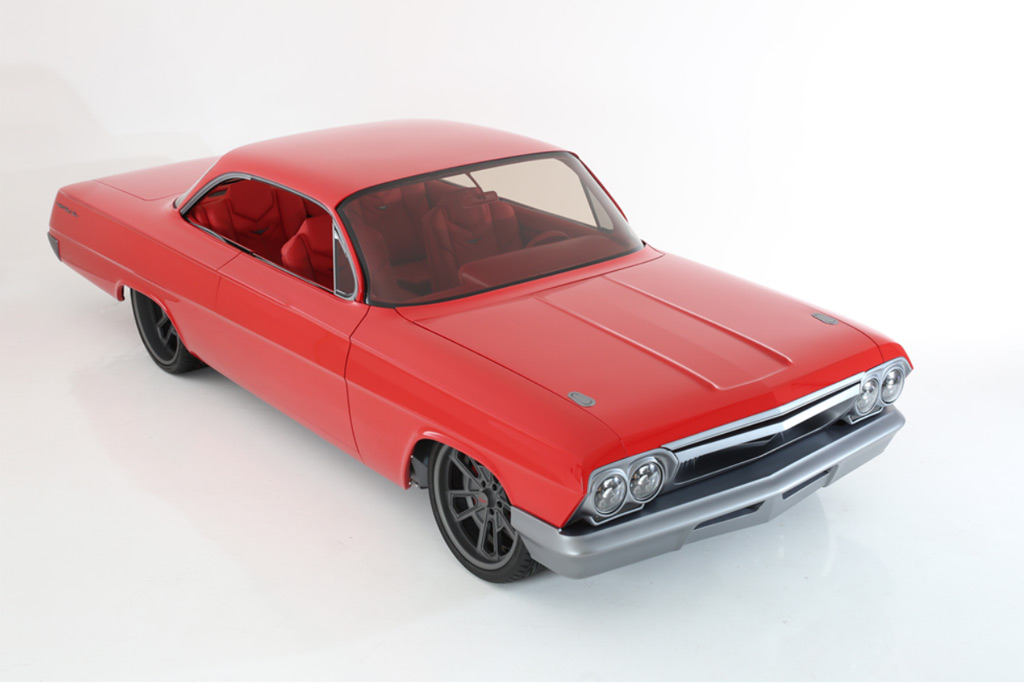 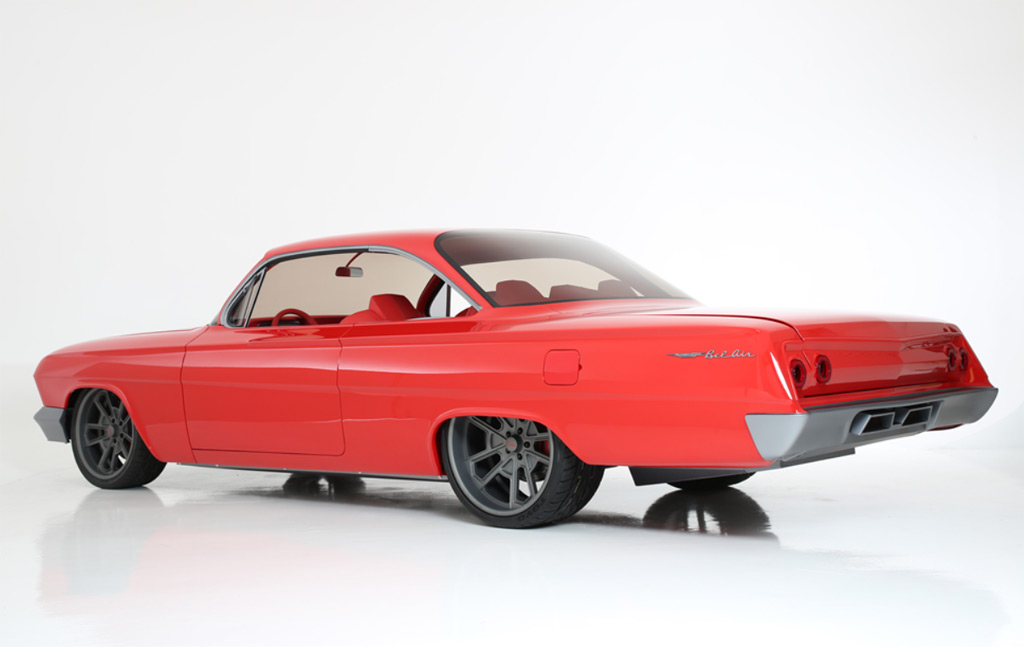 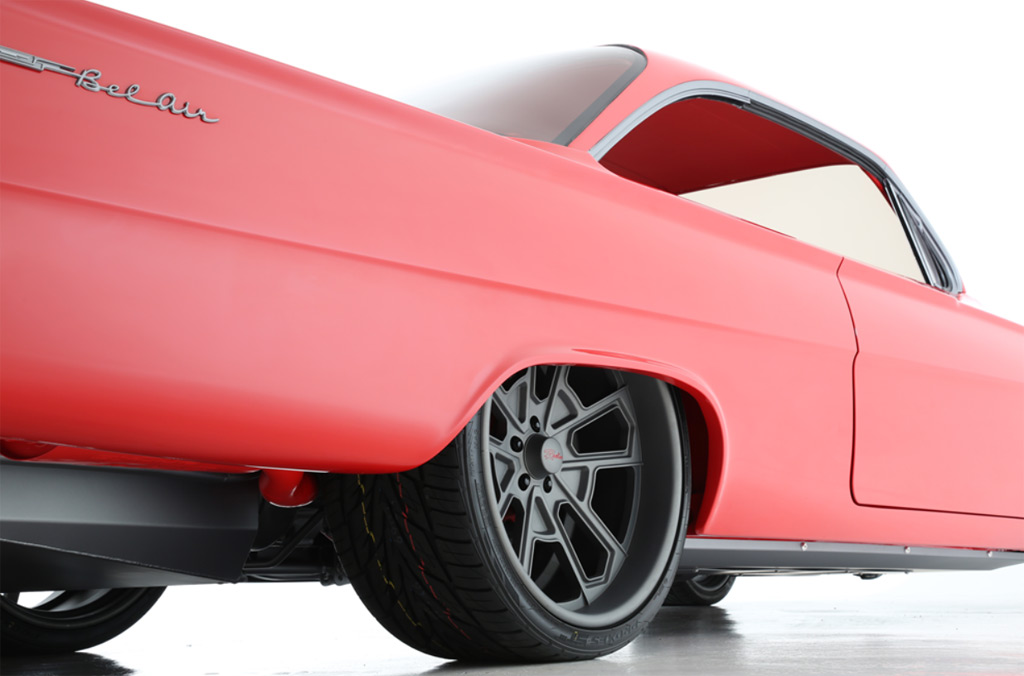 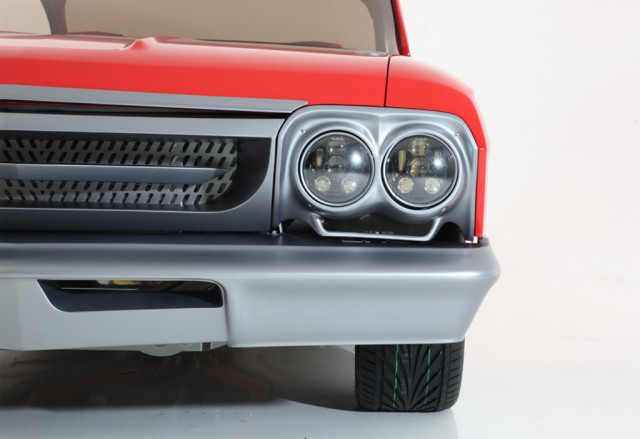