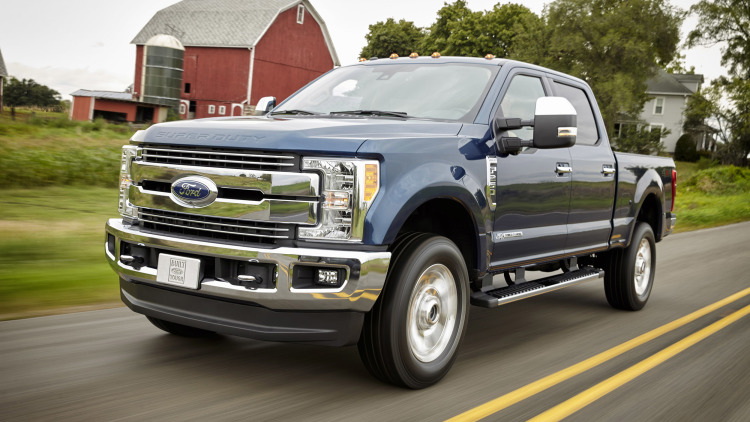 We apologize in advance for delivering this bad news so close to the holidays. But, Ford just announced a pair a recalls, including a pretty extreme flaw in the new F-Series Super Duty. According to the announcement made by Ford, there are roughly 8,000 of its trucks on the roads with a missing reinforcement bracket. Without this reinforcement bracket, there is a chance the fuel tank could separate from the frame and essentially, fall out.

Good news is, no owners have experienced this .. yet. Ford claims it’s unaware of any fires, injuries, or accidents resulting from this particularly worrying flaw. The Kentucky Truck Plant built the specific pickups between August 10th and September 17th. Most of the trucks effected (7,103 to be exact) are in the US. Another 964 are up in Canada, while two more are in “federalized territories. ”

The other recall isn’t as extreme as the detaching fuel tank, but spreads across a family of the Blue Oval’s vehicles. Ford announced there are 1,352 Taurus sedans, Flex crossovers, Explorer SUVs, and Lincoln MKTs equipped with the automakers 3.5-liter EcoBoost V6 that could catch fire. The main worry being an “improperly blazed turbocharged oil supply tube” that could potentially leak and spill engine oil on the turbocharger. Again, Ford hasn’t been made aware of any fires or accidents due to the flaw, but says that dealers will inspect the affected parts and replace or add them as necessary.