Rumor has it the ‘Stang will have 10-speed auto, fancy shocks, and rid of its V6 engine. As far as external upgrades, it’s safe to assume we’ll see new head and taillights and maybe some restyled bumpers. What’s new to us is there will be some significant changes to the pony car’s options – Mustang6G has the details courtesy of one of some sleuthing done by one of its forum members. 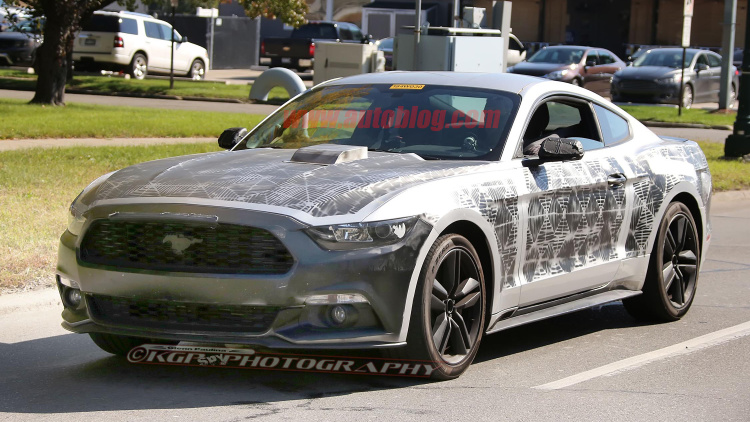 It’s amazing how much information you can gather about a new car with access to a dealer ordering computer. One piece of insider info is that the V6 may no longer be offered, as the code previously used for it reportedly comes up as invalid in the computer. This wouldn’t be all that surprising knowing that the 2.3-liter EcoBoost turbo sits right above it in terms of output and performance. There was a time where Ford thought that maybe the V6 and EcoBoost were getting a little too similar. They actually downgraded the V6’s power so people were more inclined to pay more for fewer cylinders. Dropping the six could mean a price increase for base Mustangs, as the V6 is currently the starting engine below the EcoBoost and V8 GT.

In addition, the automatic transmission will switch from the original six-speed to the 10-speed that can be found in the new Raptor and some other F-150s. This step makes sense in terms of performance improvements and efficiency. More to come on the 2018 Ford Mustang’s upcoming changes.