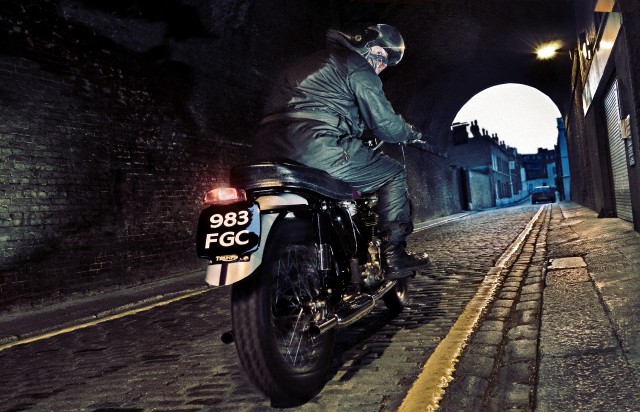 1962 was the last year for the pre-unit construction 650cc Triumphs, with a total of 1,266 being built in 1962. The TR6 SS Trophy model was popular in the U.S. especially on the West Coast, where many were stripped and converted into off-road competition-ready “Desert Sleds.” Compare this bike to a modern dirk bike…can you imagine ripping across rough desert terrain on one? 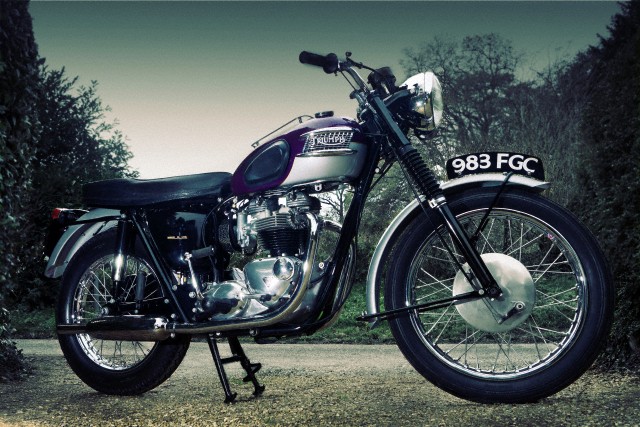 Riders such as Al Rogers and Bud Ekins did, and rode these to wins in events like the Big Bear Run and the Greenhorn Enduro. In fact, Bud Ekins won his first ISDT Gold Medal on a 1962 TR6 SS in Germany that year. Although Ekins was supplied a bike by the Triumph factory, his was far from a “works” machine as supplied to the British team riders. No light alloy parts or QD wheels…basically just a stock bike with trial tires, a bash plate, number plates, and some spare parts lashed on! He must have been and amazing rider. This example has been ridden more that 2,000 miles since its restoration. Finished in Rudy Red and Silver, it’s fitted with a Lucas Competition magneto, the “slick-shift” gear change mechanism, and has been updated to a 12 volt electrical system. 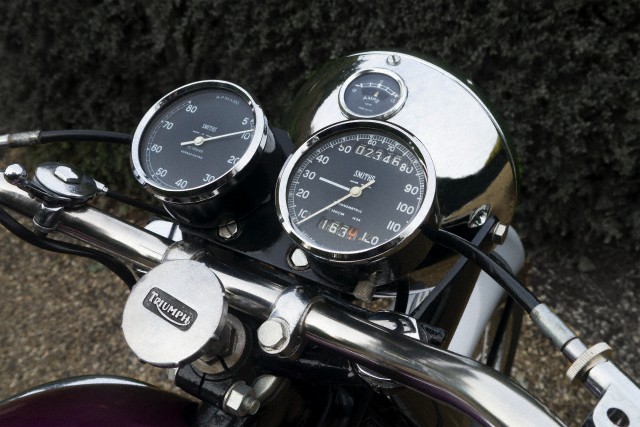 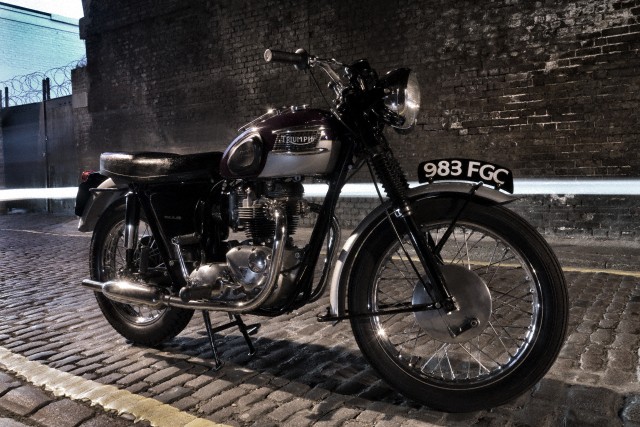