In 2012, Tesla CEO Elon Musk promised that anyone who bought one of his electric cars with Supercharger capability could recharge it for free, forever. 2012 was a simpler time. Yesterday, Tesla announced that it is changing this policy (we knew this was coming). Last year, the automaker told Tesla owners to stop abusing the system. For example, the lower-cost Model 3 will not have free Supercharger access. Tesla is reading the signs that are pointing to making money off of the network. And so, “free, forever” is gone.

Tesla is calling it “a change to the economics of Supercharging.” But – there’s good news for current owners, you can still fill up for free. But, if you order a Tesla after January 1st, 2017, your car will be limited to about 1,000 (400 kWh) of free Supercharging per year. Tesla’s goal is to encourage Supercharging to be used for long-distance travel, not for local fill-ups. If you want to Supercharge beyond 400 kWh in a year, Tesla will charge you a fee (which will be detailed later). They are saying that this fee will be comparable to filling up a gas car. The automaker says that this new policy, “”allows us to reinvest in the network, accelerate its growth and bring all owners, current and future, the best Supercharging experience.”

It looks like for the current 4,600 Superchargers and their owners around the world, not much is changing. And for anyone who orders a Model S or X this year and takes delivery before April 1, 2017 will still get the free, forever deal. Apparently, forever ends on April Fool’s Day. Read Tesla’s full statement here. 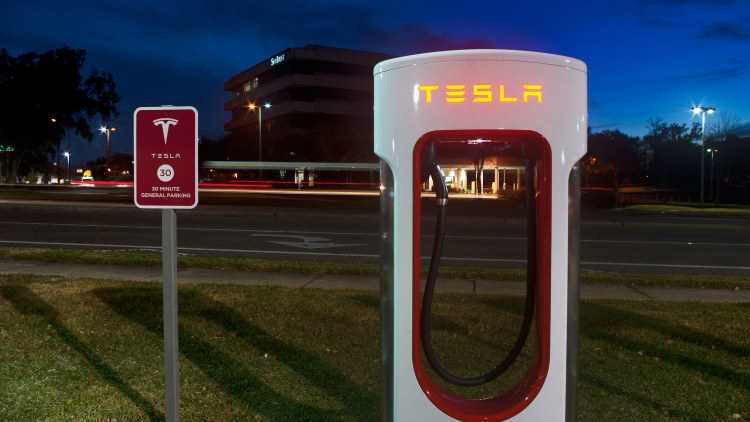