The First Mustang Ever Sold 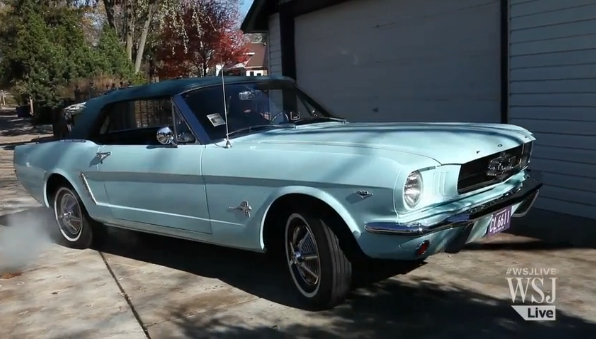 Gail Wise was the first person to ever own a production Ford Mustang. The Mustang pictured above, to be exact. On April 15, 1964, Gail walked into Johnson Ford Chicago. She was an elementary school teacher, still living at home, looking for her first car. When nothing in the showroom caught her eye, she asked the salesman if he had anything else. Gail was taken to the back storeroom to see a brand-new Skylight Blue Mustang convertible. Its debut was set for April 17, 1964, but she had to have this car. Decades later, the Mustang is restored and Gail is still the proud owner.

Watch here as Gail shares her story with The Wall Street Journal.