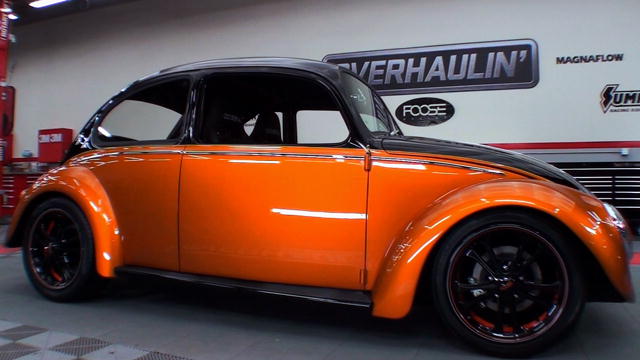 1967 marked the beginning of steady improvement for the Volkswagen Beetle. From an upsized engine (1493-cc) to backup lights and dual-circuit brakes, VW was just getting started. Nicknamed “The People’s Car,” this model was coveted all around the globe. German families appreciated the affordable quality while an American bug named “Herbie” became a Hollywood star. Americans loved to watch this car on the big screen but they wanted to drive it too. The Beetle was the highest selling foreign-made car in America throughout the ‘60s. Today, this VW is one of the best-selling cars of all time.

The clips below show the team from “Overhaulin’” restore and reveal a 1967 Beetle. Enjoy.

Start Your Collection With The Citroën DS

The Chevrolet IROC-Z: Inspired By Racing