Lamborghini has historically been the king of the half mile drag strip time. Those heavily modified twin-turbos seem to scoop up world record after world record. Don’t get us wrong, we’re impressed by these cars and the numbers they put up… but we always root for the underdog. In this instance, we’re talking about the Nasty TT Dodge Viper. 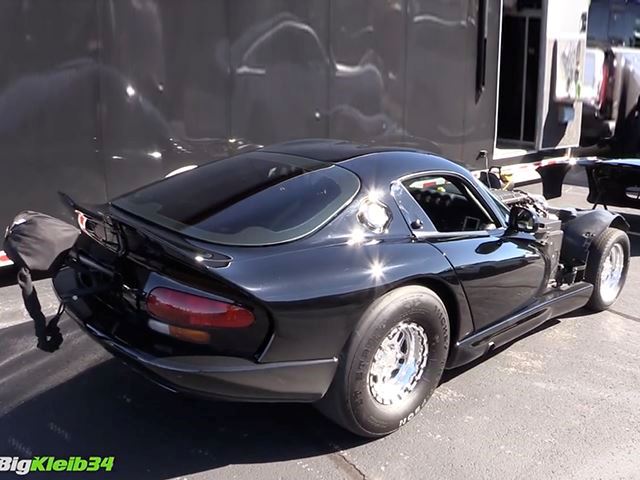 Sure, the Vipers been heavily modified and built for speed (just like the Lamborghinis). The difference is the lack of expensive refinement, and the true simplicity of the machine. It’s simple as this: tons of power sent straight to the rear wheels, a large modified engine, and a gutsy driver who trusts in its power. In the video below, the driver launches a Nasty TT Dodge Viper down the half-mile runway and take the record for the world’s fastest rear-wheel drive car. You can’t miss this one.

Watch The Challenger Demon Drift Its Way Through Pittsburgh

On The Auction Block: The Last Shelby 289 Cobra Ever Built