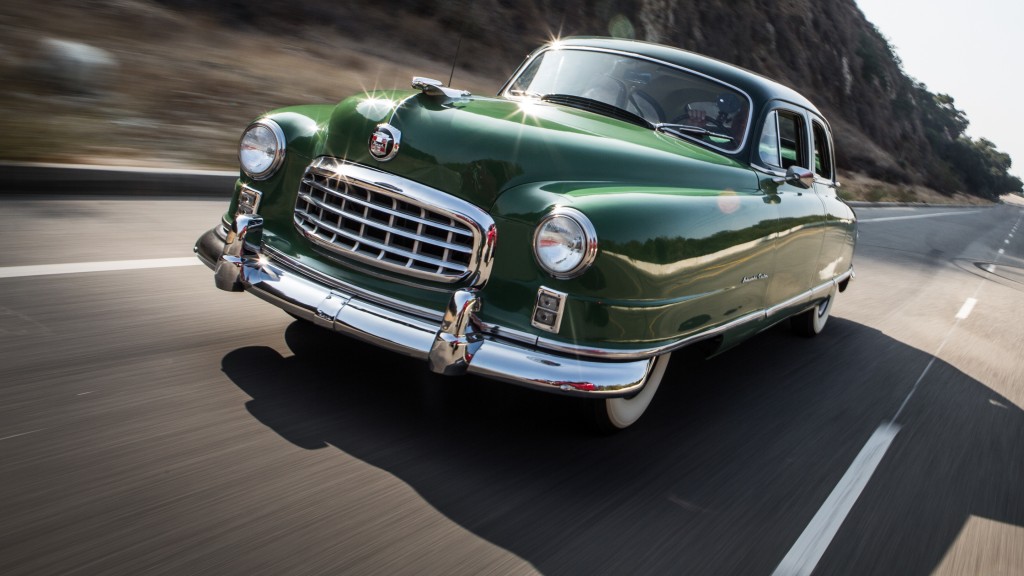 This is the Nash Ambassador Custom: a two-toned beauty that eats up the mileage but you just won’t mind. It’s got partially hidden wheels on the outside and a fastback that rounds out just right. The Ambassador easily doubles as a sleeper, jokes owner Jay Leno, but if you’re in a hurry maybe rethink your ride choice (115 horsepower from an inline-six). She’s an oldie but a goodie – definitely worth a look: