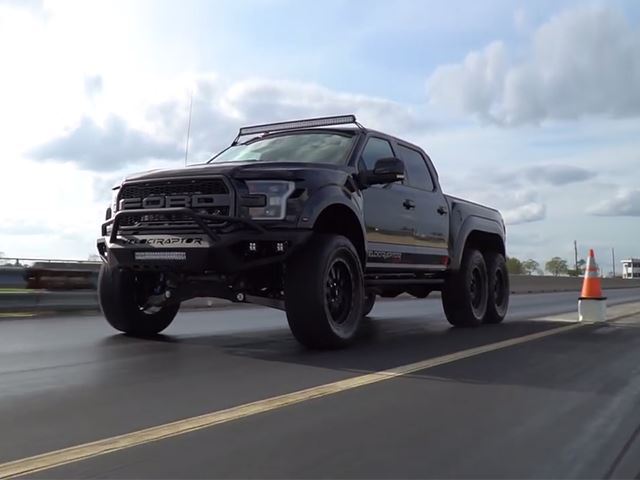 When Hennessey Performance reveals its latest project, we know it’s gonna be good. At this year’s SEMA Show, John Hennessey took the 6×6 idea, (originally made popular when Mercedes-Benz revealed the AMG 6×6) and applied it to the Ford F-150 Raptor. Until now, we have only seen still photos of the VelociRaptor 6×6. Lucky for us, John Hennessey himself had the chance to test drive the suped-up truck and mentions that the 6×6 is so big, that it actually feels like a military spec vehicle.

The VelociRaptor 6×6 weighs around 700 pounds more than the standard Raptor, but is offset by the Hennessey 600 package. The package brings the power up to 600 hp and 622 lb-ft of torque. Hennessey says that he will do a more extensive off-road test drive sometime in the near future. We’ll keep an eye out for that one, but until then, check out Hennessey’s first test drive in this monster of a truck. 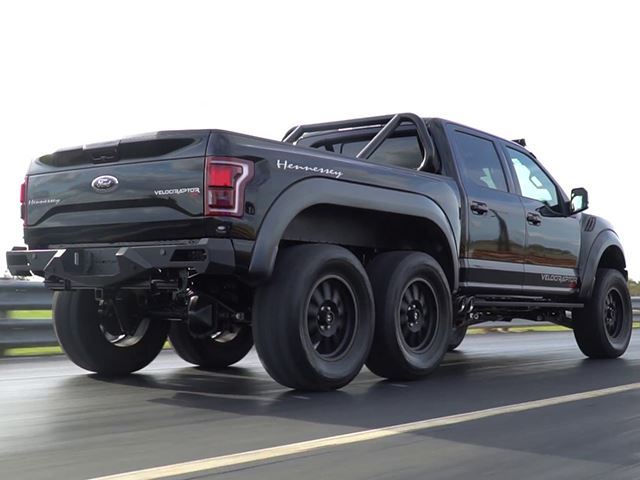 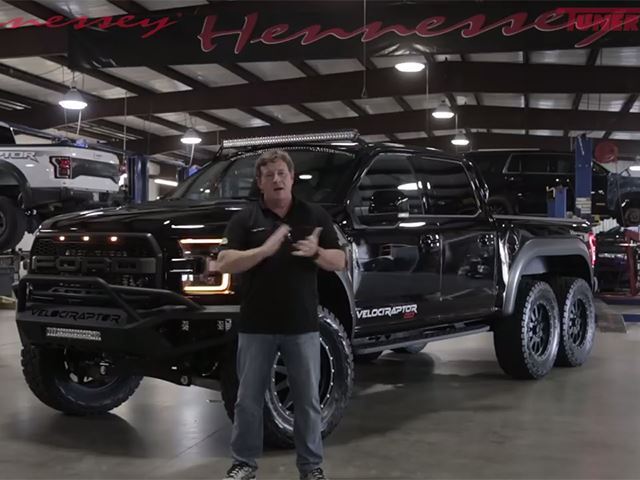 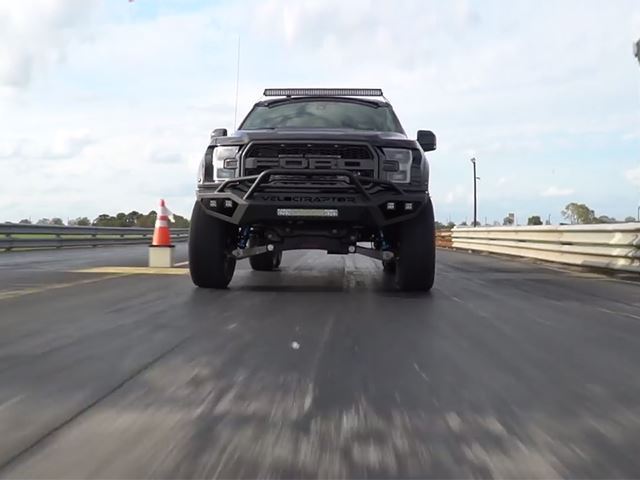 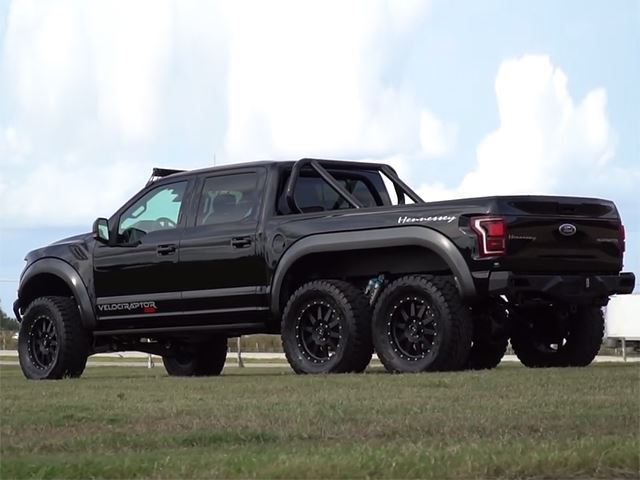 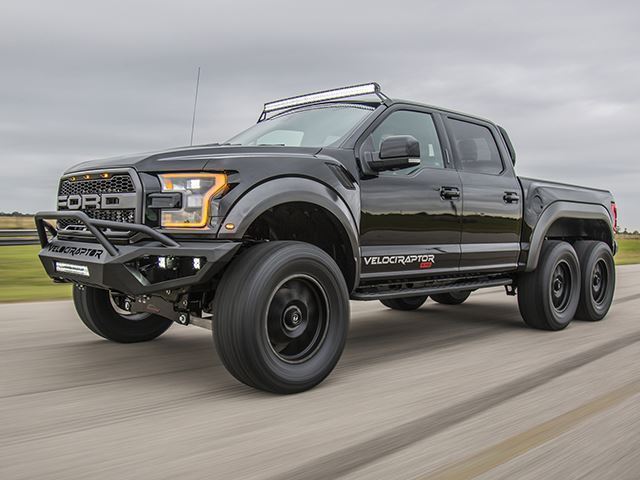