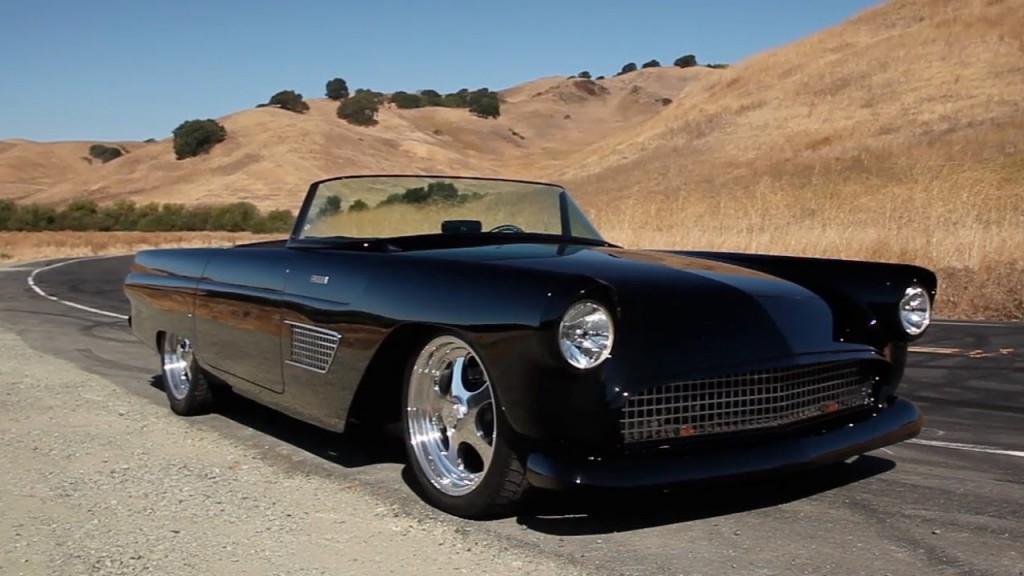 The 1950s were a time of growth for America’s automobile culture. The USA was ready to move forward: preferably in a great car. Chevrolet had the right idea with the Corvette, and the other American brands would soon follow suit. Ford’s answer to their opponent came with some added extravagance. In 1955, we met the Thunderbird. The first generation model was available solely with a V8 engine, unlike the Corvette’s V6. GM’s plastic-bodied sports car struggled to equate to Ford’s steel-bodied machine. Sleek and sophisticated, Ford’s new fleet was intended for a mature buyer. The Thunderbird defined personal luxury and America took note. In it’s first year, this car won the hearts of over 16,155 customers. Nearly 60 years later, the T-Bird’s perfect combination of beauty and ability still excels on the road.

Have a laugh with Mike Musto as he takes a low ride in a 1955 T-Bird. Courtesy of YouTube /DRIVE.