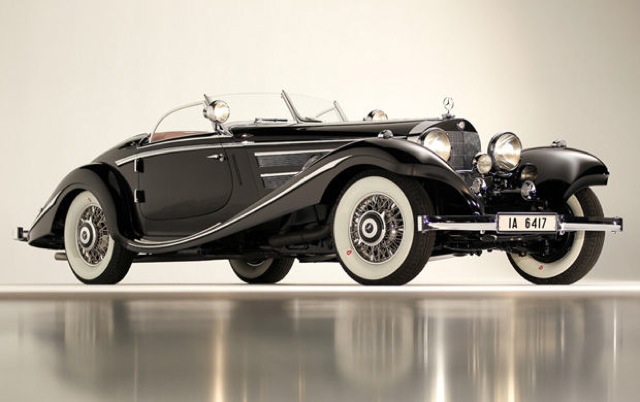 Few cars are as rare as the Mercedes-Benz 540K Special Roadster. Released in 1935, the two-seat car was one of the most striking designs on the road. A mere 26 have been produced since then. Out of that 26 is the one-of-a-kind 1936 Von Krieger 540K Special Roadster (pictured above). This Mercedes was the personal car of Prussian Baroness Gisela Von Krieger. The Baroness brought her car wherever she lived – even America. The 540K was found years after Gisela’s death in Greenwich, Connecticut then restored by Chris Charlton. In 2012, this car sold for $11,770,000 at a public auction in California.

Check out some other 540K Special Roadsters at auction here: