Chevy launched the Camaro in 1966 to compete with the wildly popular Ford Mustang which had sold 100,000 units in its first six months on the market. GM not only needed to develop a vehicle that could compete with the Mustang, but it also needed an aggressive public relations and advertising strategy in order to successfully launch what would become one of their most classic cars. 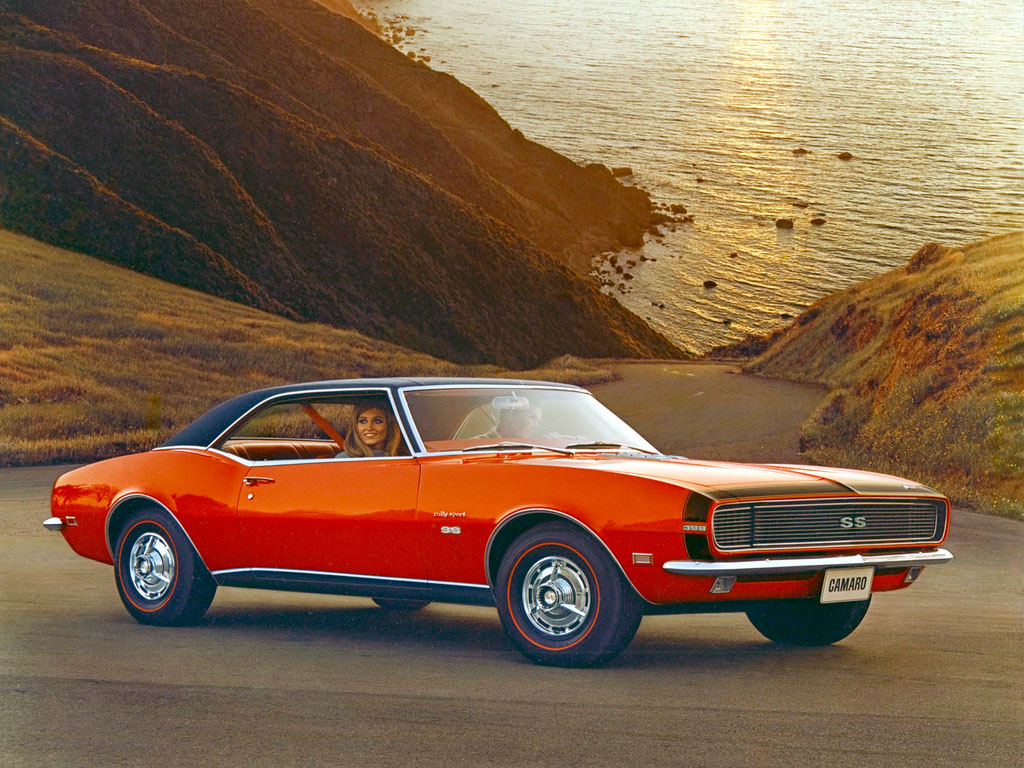 After more than three years of development and a half-dozen name changes, the Camaro was officially unveiled to the press and the public during the summer of 1966. The first ads began to run in September of 1966 and continued furiously for years to come. Taking a look at the now-deemed-vintage print ads that ran throughout the 60s and 70s, we get a sense of the power, performance, and sexiness that defined these cars. This was a true “driver’s car”. The imagery and words exude the tough, rugged confidence of those drivers who truly love the ride.

“Its sits low and stands wide and moves like it really means its. Camaro is quick, quiet, tight and tough. All of which translates to a special ‘feel’. The spirit of Camaro.“

Enjoy the vintage publications below. For more, check out the full post on Petrolicious.com 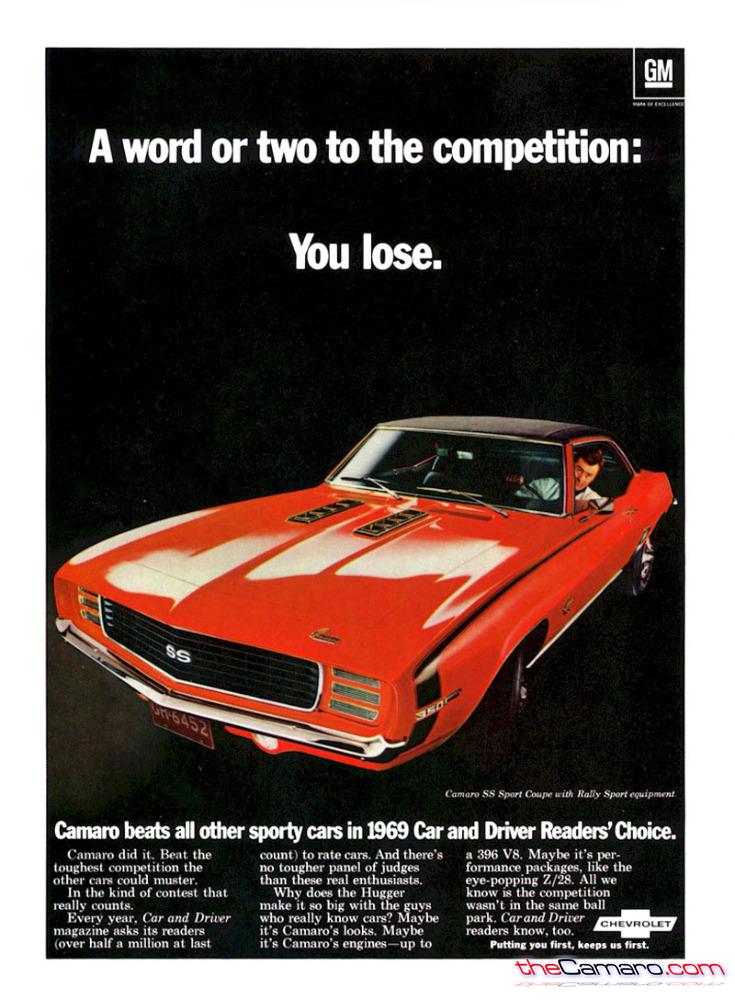 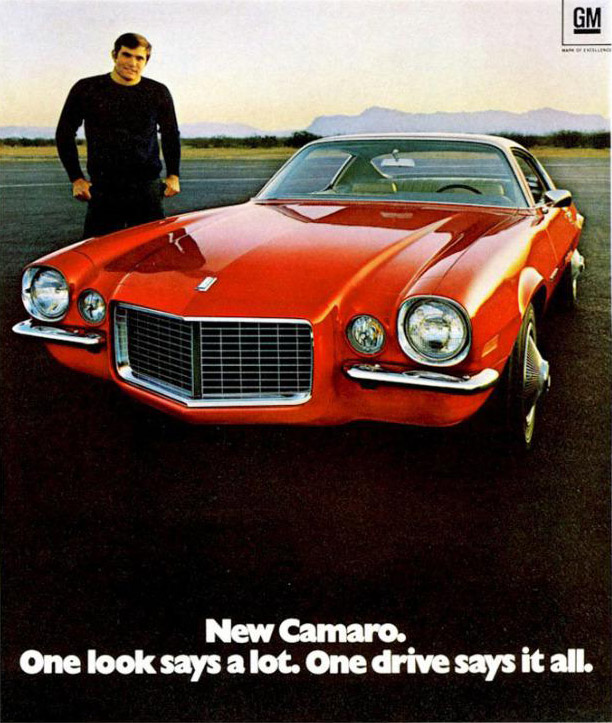 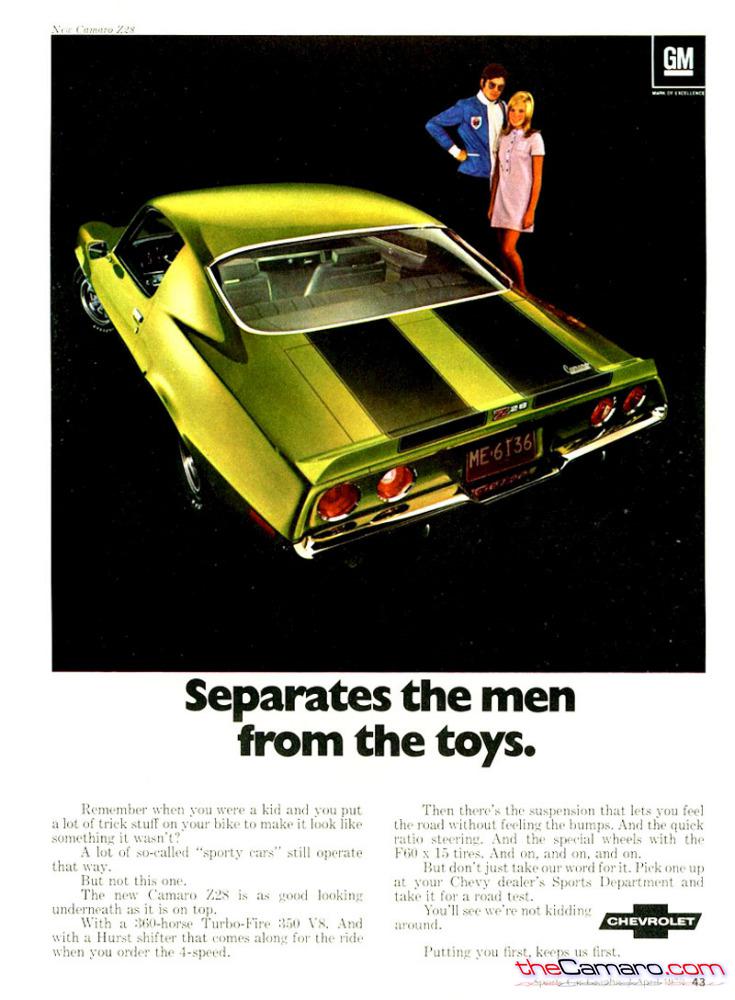 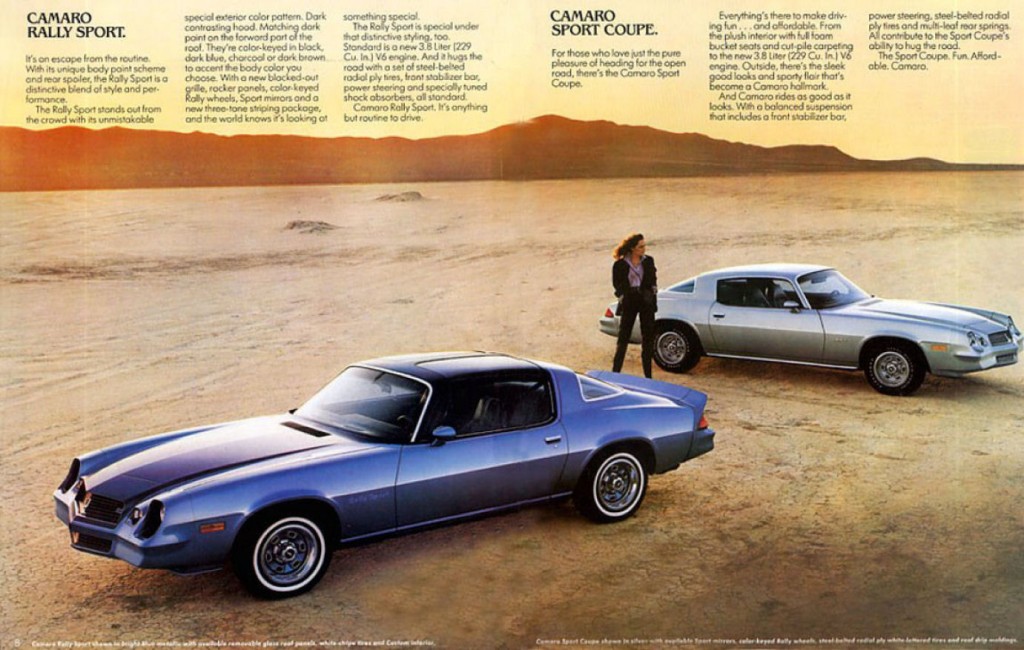 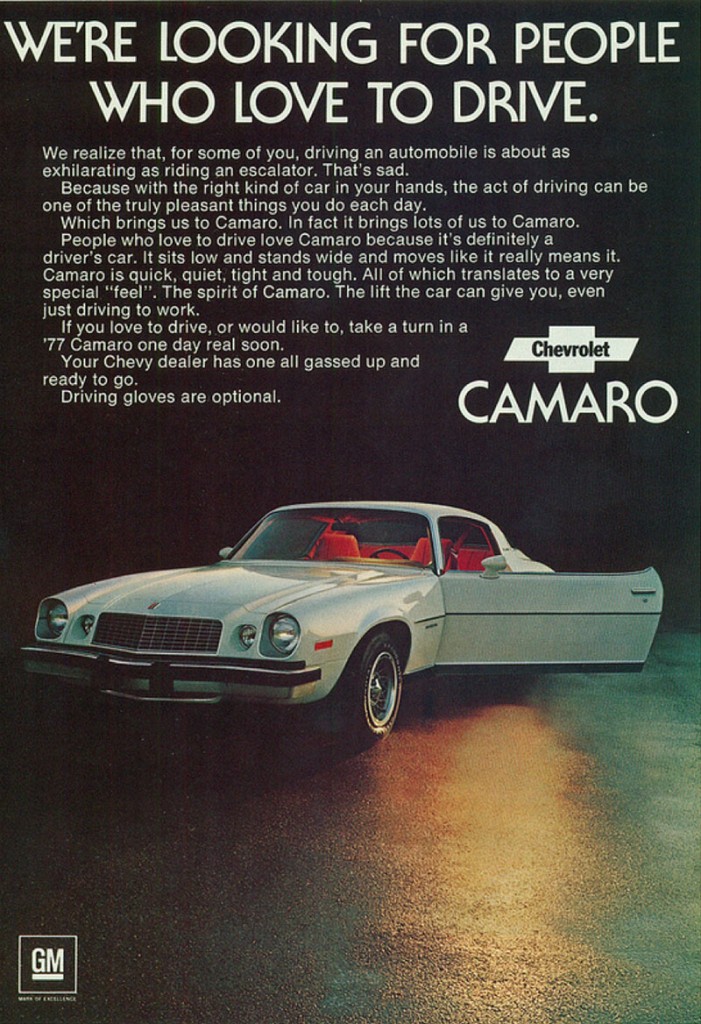