We’re thinking that Chevy has been taking notes from Ford’s playbook. And why wouldn’t they? Introducing the Chevrolet Spark Activ, the automakers new high-riding almost-crossover. This vehicle will makes it debut at the 2016 Los Angeles Auto Show, next to the Ford EcoSport. Chevy raised the ride height by .04 inches to make this beauty a jacked-up subcompact. Not to mention a few other bells and whistles to give the Spark crossover cred. For example it includes roof rails, rocker moldings, a rear bumper covered in plastic cladding, a revised grille, and new 15-inch wheels.

The engine options haven’t quite been revealed yet, but the standard Spark is powered by a 1.4-liter four-cylinder engine making 98 horsepower and 94 lb-ft of torque. If we had to guess, we would say the power will be the same for the Spark Activ. Although the automaker might want to tweak it a bit to keep the engine consistent with the crossover theme. As far as pricing goes, the Spark Activ will run you a bit more than the other models currently available. The manual bases at $16,945 and the CVT-equipped model will go for $18,045. For scale the 2017 Spark costs $13,875 for the manual and $14,975 if you spec it with a CVT. Are the extra 0.4 inches worth it? We’ll keep you posted after we see the Spark Activ at the 2016 Los Angeles Auto Show. 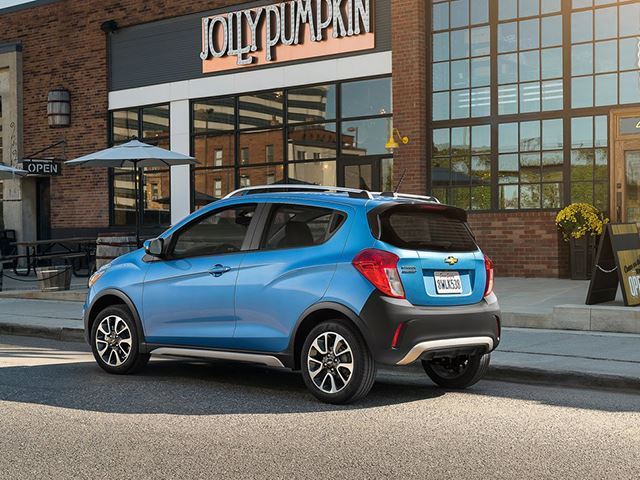